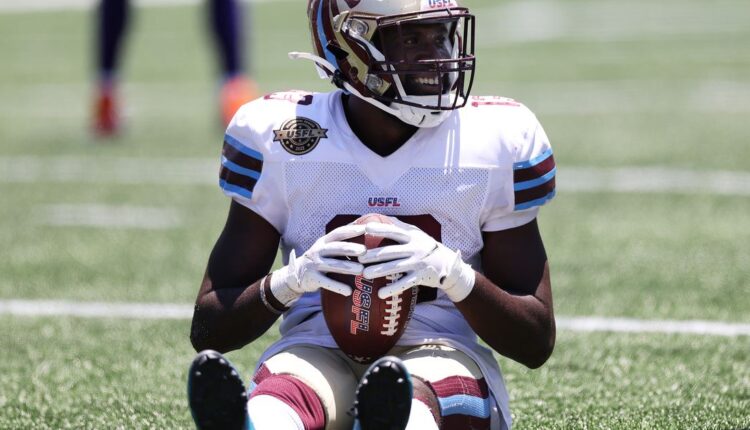 Earlier today, Pro Football Network’s Aaron Wilson broke the news that the Green Bay Packers have placed outside linebacker Caliph Brice on waivers. This move brought the Packers’ roster back down to 89 players, with the assumption that the team would add one of the two players they worked out on Wednesday, quarterback James Morgan and receiver Ishmael Hyman, to the squad.

Those assumptions were proven correct when Hyman’s agency posted a story on their Instagram page about Hyman signing with the Packers. Hyman comes to Green Bay by way of the Michigan Panthers of the USFL, where he was fifth on the team in receiving yards but finished second on the team in receiving yards per game. Hyman’s signing marks the third pass-catcher that the Packers have brought in from the spring league, as they have also recently signed receiver Osirus Mitchell and tight end Sal Cannella.

Green Bay is running into receiver depth issues, even this early in training camp, with Christian Watson (physically unable to perform) and Sammy Watkins (non-football injury list) starting on the injury lists. Malik Taylor was also out for the Packers’ opening practice of training camp today, leaving the squad with just four returning receivers to go along with the young, new faces in the unit.

Hyman started his college football career at Kansas before transferring to James Madison, where he developed into a 1,000-yard receiver on an FCS championship team. Overlooked by the league coming out of college, he got his first break with Steve Spurrier’s Orlando Apollos in the AAF before getting calls up by the Cleveland Browns, Tampa Bay Buccaneers and Carolina Panthers. Hyman has played 59 offensive snaps (no special teams snaps) in the NFL over two games with the Buccaneers in 2019. His testing numbers are lackluster outside of his great 4.45-second 40-yard dash speed.

It’s worth keeping track of which positions the Packers have worked out at this point in the offseason. Over the last week or so, the team has brought in four receivers, three offensive linemen, two quarterbacks, one tight end and one defensive back. Since those players are working out, Green Bay has signed one player in each of those position groups, sans quarterback. Be it Morgan or not, it seems like quarterback is the Packers’ next position to address when they can either find a target or open a roster spot up.