Police warn of dangers of ‘facsimile firearms’ after 2 incidents 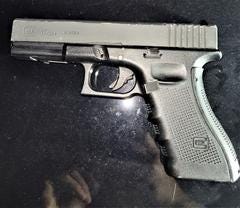 “We are concerned about the risk of tragedy resulting from the use of these realistic facsimile guns,” the department said in a statement. The facsimile firearms look and feel like real handguns but are not.

Officers were clearing out downtown Green Bay after Fourth of July fireworks around 11 pm Monday when a 16-year-old male pulled up his sweatshirt to reveal a black handgun in his waistband, according to the Green Bay Police Department. The teen flashed the gun in their direction twice, police said. When officers attempted to confront him, the teen ran away.

Officers took the teen into custody and found that the gun was not real. The teen police told his friends told him to flash the gun at officers, according to Green Bay police.

A second incident occurred at 10:56 pm Thursday when Green Bay police officers encountered a man in a vehicle at the parking ramp at North Washington and Pine Streets and took him into custody for suspected drug possession.

Upon a search of the arrested man, police found a firearm that “had the look, weight and feel” of a Glock 17 handgun but upon further inspection turned out to be a BB gun, Green Bay police said.

There have been more incidents in the city where people use fake guns for the purpose of instilling fear to make others believe it is a real gun, police said.

“We are concerned about the risk of tragedy resulting from the use of these realistic facsimile guns,” the department said in a statement.

Green Bay Police Chief Chris Davis advised adults, including parents and mentors, to watch out for dangerous behavior in their children and talk to them about the consequences of their actions.