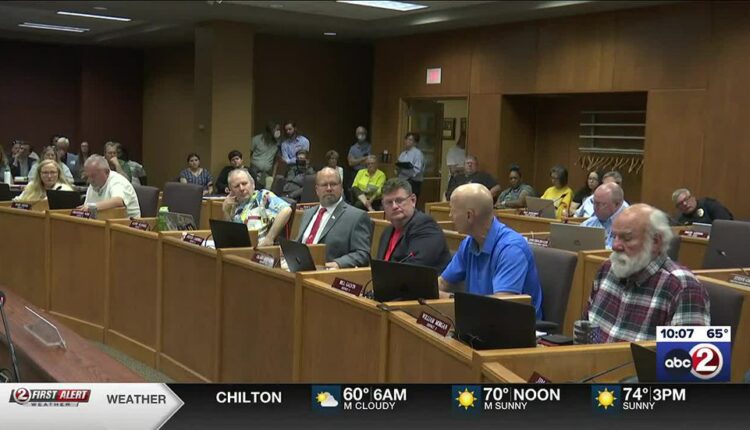 GREEN BAY, Wis. (WBAY) – At Tuesday night’s Green Bay city council meeting, a presentation by a non-profit on how inclusive the city is towards LGBTQ+ people turned into a heated and lengthy debate.

The Human Rights Campaign is the largest LGBTQ+ civil rights organization. Tuesday, it discussed a report that received pushback from some council members, including council president Jesse Brunette.

The group presented to the City of Green Bay its Municipal Equality Score. It examines how inclusive a city’s policies and ordinances are. Green Bay scored an 84 out of 100, an improvement from 2016 when the city scored a 40. Madison and Milwaukee both scored 100.

But Alderman Brunette took issue with the report. He questioned whether people with strongly held religious beliefs are being discriminated against. His comments drew backlash from people in attendance.

“We are talking about human rights. We are talking expanding freedom for all, so that every person in our city — regardless of who you are, who you love, how you dress, who you want to marry, how you want to speak with your doctor — is the same for every single person,” State Rep. Kristina Shelton (D-Green Bay) said.

“I can’t stand the thought of people who have the very essence of who they are is guided by their faith, the belief that God created them, and to kind of limit the rights of those people and their expressions and to force them to do things that perhaps that they are not comfortable doing that will be in direct violation of their faith. That’s not right, either,” Brunette said.

The council voted in favor of looking into the report and also at what Burnette said.

Alders were still meeting late Tuesday night, discussing ways to improve the elections before the August primary. Joshua Peguero is at the city council meeting and there will be further reporting on Action 2 News This Morning.