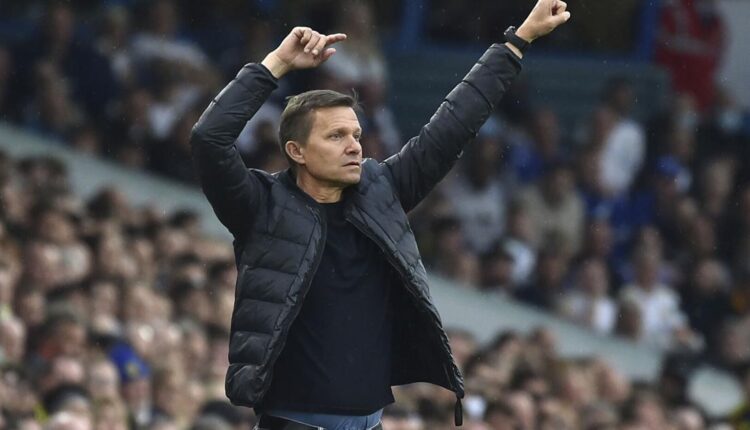 In the realm of soccer in Racine County, Jesse Marsch has been a marquee name for more than 30 years.

Going back to the fall of 1990 when Marsch, then a senior at Case High School, was named the co-All-Racine County Player of the Year in boys soccer with Park senior Alex DeRosier. Marsch had learned the value of hard work from his father, an assembly line worker, and applied that mindset to soccer.

In a 2022 interview with The Athletic, Marsch reflected that, “My dad would say to me and my younger brother, ‘Don’t do anything halfway. If you do it, do it right’. He talked regularly about hard work and it was clear in our house that hard work meant a lot. It was instilled.”

Marsch went on to earn All-American honors at Princeton in 1995 and then played professional soccer, mostly with the Chicago Fire, until 2010. What followed were several coaching stops.

That set the stage for Feb. 28, 2022, when Marsch was named coach of Leeds United FC at the age of 48. Leeds plays in the Premier League, which is the highest level of soccer in England.

Marsch was brought in to replace Marcelo Bielsa, who was fired Feb 27, when slumping Leeds was in danger of losing his Premier League status. Leeds was within two points of the relegation zone after losing five of its final six games under Bielsa.

It was a difficult situation for Marsch, who inherited a club that had allowed a league-record 20 goals in February. But after signing a contract that runs through June 2025, Marsch brought an assured, measured approach to a club that was looking to get back on its feet.

“I have to identify how to do the important things and simple things right away, before building the complexity moving forward,” Marsch said. “We have all the tools here.

“I’m here to help this group understand how we can get better and handling the moment right now. We have to stay calm and control what we can control. We are still in a good situation where we control all of our destiny.”

March achieved mostly favorable results. A 2-1 victory over Brentford May 22 helped Leeds avoid relegation in the 17th position. It marked the first time since 2011 that a team persevered despite being in the relegation zone at the start of the final day.

Pressure ramped up on Marsch in October when Leeds scored just nine points in their first 11 matches. But he remains confident that better days are ahead once the season resumes after the World Cup break.

As for the pressure, Marsch has learned to live with that.

“It’s a big club and there’s major pressure, but I believe I fit the demeanor and the idea of ​​what the club should be,” Marsch said in an interview with NBC Sports. “I think that’s one of the reasons why the leaders at the club went after me to bring me here — because they believe that I fit the mentality of what we’re doing here.”

TOP STORIES OF 2022 NO. 6 :Kenosha has most fatal fires in a single year in recent memory