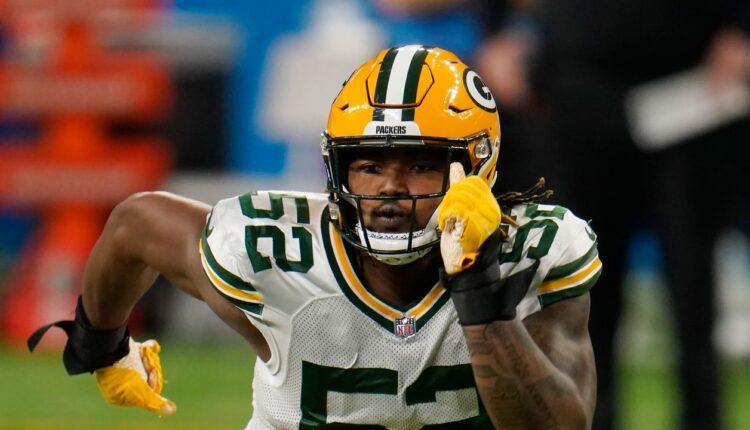 GREEN BAY, Wis. — Za’Darius Smith is now with the Minnesota Vikings. He missed almost all of last season, anyway. So, Green Bay Packers outside linebacker Rashan Gary said he rejects the notion that he has to be something he’s not.

“I already knew what I was capable of, just being consistent,” said Gary about his performance last year and his rising star status. “That’s what I challenge myself to do every day. I’m just happy that it’s a new year, new camp. It’s just trying to keep picking the way that I want to grow, to be great. I understand what the team needs from me. I understand my role and what to do, so completely comfortable.”

“Rashan is a tone setter,” said Matt LaFleur, the team’s head coach. “He’s got the capability of wrecking practice. He’s just relentless. He plays with a great motor and energy, and I think it rubs off on everybody.”

Sacks are just one measuring stick for an outside linebacker, but Gary had nine and a half last season. That’s more than his first two seasons combined.

He said he’ll keep his individual goals private, but knows what the Packers defense needs to be dominant.

“We got to keep getting better, day by day. Not leaving no stones unturned. We understand our expectations from ourselves. We just got to keep pushing each other to be great, day by day. And that’s just making one mistake less than the day before. So just get better day by day,” he said.