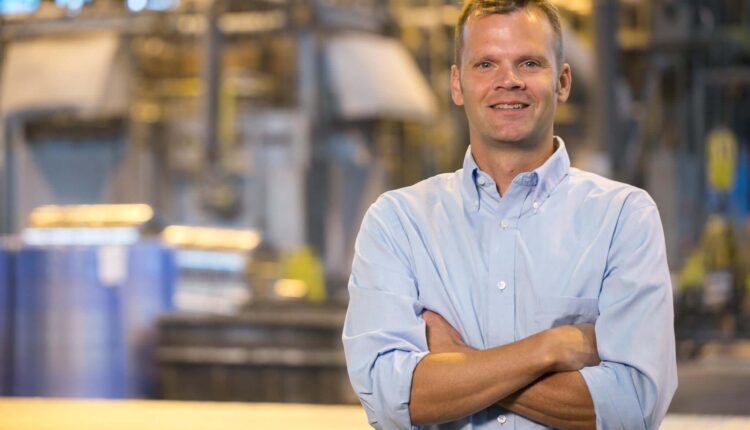 The top Senate Republican plans to draw on the state’s projected over $6 billion budget surplus to fund the plan, which he has argued would make Wisconsin more competitive among its neighboring states. Wisconsin’s current progressive tax system separates taxpayers into four brackets with the rate of taxation rising with income. Individual income taxes currently range from 3.54% to 7.65%. Under LeMahieu’s plan, the rate for all income levels would be 3.25%.

“This proposal will fundamentally transform Wisconsin’s individual income tax and keep more money in the pockets of hardworking Wisconsinites,” LeMahieu said in a statement.

Gov. Tony Evers would likely veto a flat tax bill if it passes the Republican-led Legislature. Evers proposed his own plan for tax cuts in Wisconsin and expressed his opposition to the flat tax policy.

“When we deliver tax relief, it should be targeted to the middle class to give working families a little breathing room—not to give big breaks to millionaires and billionaires who don’t need the extra help to afford rising costs,” Evers tweeted on Friday.

Under LeMahieu’s plan, Wisconsin’s income tax rates would incrementally decrease over four years until the 3.25% flat tax rate for all brackets would be implemented in 2026. It would cost the state an estimated $4.958 billion in the first two years, $4.314 billion in the third year and $5.059 billion in 2026 and every year after, according to a Legislative Fiscal Bureau memo.

The flat tax proposal is a continuation of Republican efforts to lower taxes in Wisconsin, though this could mark the most significant change to date. During the last budget cycle, Evers and the Republican-led Legislature passed more than $2 billion in income tax cuts for middle bracket earners. In part due to this cut, the state’s tax burden is at an all-time low, according to a Wisconsin Policy Forum report.

Despite recent cuts, LeMahieu argued Wisconsin’s budget surplus is a sign of overtaxation and that Wisconsin is still behind when it comes to competing with other states. Four midwestern states — Illinois, Indiana, Michigan and Iowa — currently utilize a flat tax system.

“With remote work capabilities empowering families and small businesses to relocate with ease like never before, it is critically important Wisconsin have an individual income tax rate that is competitive with our neighbors,” states the co-sponsorship memo sent by LeMahieu and Rep. Rob Brooks (R-Saukville) to other lawmakers Friday.

According to the memo, only 11 states would have a top individual income tax rate lower than Wisconsin at the proposed 3.25% rate.

Assembly Majority Leader Robin Vos has also signaled that he would support a flat tax bill, agreeing during an interview on WPR that a flat tax would make Wisconsin more competitive.

Mike Nichols, president of the conservative Badger Institute, supported the flat tax proposal in a statement, saying it could benefit many people, including small business owners and those who want to keep more of their income.

“Right now, we’re nowhere close to competitive. Fourteen states have or are shifting to a flat tax, including Iowa, Indiana, Illinois and Michigan. Others have no individual income tax at all. Our neighbors will be thrilled if we remain complacent. They’ll gladly steal our companies, our jobs and our tax revenue,” Nichols said.

Jason Stein, research director of the Wisconsin Policy Forum, says it’s important to consider Wisconsin’s ongoing ability to pay for any permanent change in taxing or spending. Stein adds that the current budget surplus is due to a mismatch between how much revenue Wisconsin is bringing in and tight caps that have been kept in place on spending.

Noting that WPF is neutral on the issue, Stein says there would be room to fund the plan within the next two years with the projected surplus, but only if the state keeps a tight rein on spending.

“There’s going to be a cost to continue our current Medicaid health services for low income people in the state. School districts are going to be very eager to see an increase in their state aid and in their local education funding. The prisons are going to have costs. The UW System is going to have costs. Local governments certainly have been trying to get increased funding from the state,” Stein says. “It would be challenging for the state, in general, to enact this flat tax, phase it in, and then also provide some increase to current programs and spending so that they can continue to operate at current levels.”

According to another WPF report, Wisconsin’s falling tax burden has been accompanied by declining public school spending.

Beyond the first two years, Stein says it would be difficult to know how the state would fund the flat tax. He says it’s likely the state, in addition to being tight on spending, would need to raise another tax, such as the sales tax, or cut spending.

“Part of the challenge here is that this proposal would be phased in over four years. It’s very challenging to say what will happen with the state’s economy, with its state budget, with its tax collections and its spending needs,” Stein says. “Anyone who says they really know with certainty where those things will be at four years from now is either not being entirely truthful or is not, maybe, grappling with the degree of uncertainty that exists in the world.”

Democrats have criticized the flat tax proposal for disproportionately benefitting the highest earners in Wisconsin, rather than middle and low-income earners.

Assembly Minority Leader Greta Neubauer (R-Racine) opposed the flat tax proposal in a tweet, saying “The GOP’s flat tax proposal makes it clear that they care more about a massive tax cut for the wealthiest than real relief for working families and the long term wellbeing of our state.”

“It’s clear that people do not want these outdated trickle down economics that have shown to be a policy failure time and time again. A flat tax is highly regressive and would overwhelmingly benefit the richest people in our state,” Agard said in a statement.

Referencing the LFB’s memo, Agard continued, “this policy would create a $5 billion dollar shortfall in revenues for our state. So for those keeping score – that’s more money for millionaires and less for our public schools, roads, and health care. Senate Democrats will resoundingly reject this flat tax scheme.”

Evers previously proposed tax cuts meant to target the middle and lower income brackets, including a 10% tax cut for single filers at or below $100,000 in annual adjusted gross income and married-joint filers at or below $150,000, and it’s likely his 2023-2025 budget proposal will include cuts targeted to these earners.