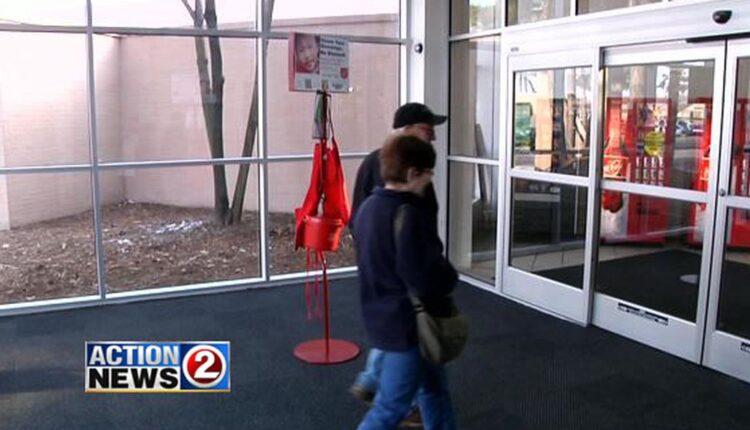 GREEN BAY, Wis. (WBAY) – The bells continued to toll through the holiday season and people gave from their hearts to the Salvation Army’s red kettle campaign. But this year felt different. This year fur short.

With the Christmas season now over, the Salvation Army of Greater Green Bay announced it missed its goal of raising $1.3 million by 14%, or $183,000 short.

Salvation Army Major Matt O’Neil said he doesn’t expect any programs to be outright cut but people who rely on these programs could suffer from staffing or supply shortages during the upcoming year.

“It’s hard because the community counts on the Salvation Army to provide to those in need. And, without that money, it spreads across the board, so it’s just going to hurt the way we provide services,” O’Neil said.

Non-profits blame a “perfect storm” of the pandemic, inflation, and the threat of a recession making money tight for many area families.

“People just holding on, not knowing what tomorrow’s going to look like. But, we’re grateful for the people that did donate, and all of that, too,” O’Neil said.

The Community Foundation of Greater Green Bay says several non-profit organizations reported a drop in donations during the holidays. But the same factors that caused people to tighten their belts made it harder for people who would benefit from the donations.

For non-profits, the hits kept coming.

Amber Pulach, senior vice president of community impact for the Community Foundation, said. “It’s everything from trying to recoup some of the losses through the pandemic to dealing with those inflationary costs that affect everything from their direct services to their transportation costs to what they’re paying their employees. And so it’s an organizational challenge, in addition to trying to meet the need of what’s happening in the community.”

Both the Salvation Army and the Community Foundation say money may be tight for people this year, too. O’Neil hopes they don’t fall short this year again.

“With people coming back out to volunteer more and more, you know we were up in volunteers this year, but we still fell short a little bit in kettles. And, we — the more and more people get out, we’re hoping the pandemic is more in the past now and moving forward to what the new normal looks like. I’m optimistic. I’m always optimistic,” O’Neil said.

They still hope community members will donate what they can to help non-profits, but if money is an issue volunteering your time is the next best thing.

The Salvation Army of Greater Green Bay Christmas campaign had a goal of $1.3 million

The Salvation Army of Greater Green Bay fell 14% short of its goal. It cites a number of reasons.