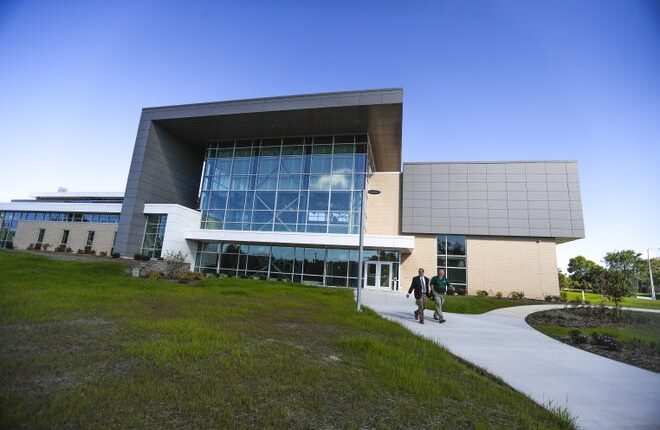 Some Brown County Board members, happy with the results of the county sales tax, want to extend it well past Dec. 31 2023, when it’s scheduled to end.

They propose pushing the expiration of the 0.5% county sales tax into 2037, saying the tax has been successful beyond backers’ wildest dreams.

Those supervisors point to buildings and other projects that sales tax money has paid for, citing the county’s recent jail expansion, and a new building for the medical examiner’s office, a reduction in county debt from about $120 million to about $80 million, and county property tax rates that have held steady when other counties have had to increase taxes or make significant spending cuts.

“We’re paying for roads, and other things, in cash,” said Richard Schadewald, a veteran County Board member who lives in Hobart. “Even your grandpa would say that paying in cash is the better way to do things.”

Schadewald introduced a proposal July 28 to fellow members of the County Board’s Administration Committee, which he heads. He sees a range of benefits in collecting a half-percent sales tax — which comes out to a nickel on a $10 lunch purchase or $100 on a $20,000 car. Support, he said, was unanimous

Committee members will discuss the proposal at a special Administration Committee meeting at 5:30 pm Monday in Room 200 of the Northern Building, 305 E. Walnut St., Green Bay. The proposal would then need the approval of the full board; that is planned for Aug. 17 at the Resch Expo at Armed Forces Drive and Oneida Street in Ashwaubenon.

There was widespread support — the board voted 23-3 in May 2017 in favor of the idea — for the original proposal to have an 0.5% percent county sales tax that began Jan. 1, 2018, but not everyone loved the idea.

The loudest opposition came from the Brown County Taxpayers Association, a group that advocates for responsible spending of tax dollars. BCTA and the Wisconsin Institute for Law & Liberty south the county over the sales tax once the plan went into place in 2018.

BCTA President Richard Heidel on Thursday was not aware that board members were considering extending the sales tax, but said he has similar objections as before.

“Where is the property-tax relief if this thing passes? Maybe we need to look at a legislative solution,” asking state representatives to clarify that law that sales tax money is supposed to reduce property taxes, Heidel said.

He said he will ask several members of the BCTA to attend Monday’s Administration Committee meeting to learn more about the proposal.

The association has argued that the law requires any money collected through a county sales tax must be put directly toward reducing the tax levy. It also said collecting millions — at the time, the estimated amount was $147 million — violates the spirit of the law. Members also expressed fears that the county wouldn’t let the tax “sunset” after six years.

The county argued its plan was an acceptable way to use sales tax money.

A Brown County circuit judge ruled in favor of the county in 2020. BCTA appealed to the state’s court of appeals. That court sent the case to that state Supreme Court, which found in the county’s favor in a 5-2 decision.

KHN’s ‘What the Health?’: Kansas Makes a Statement