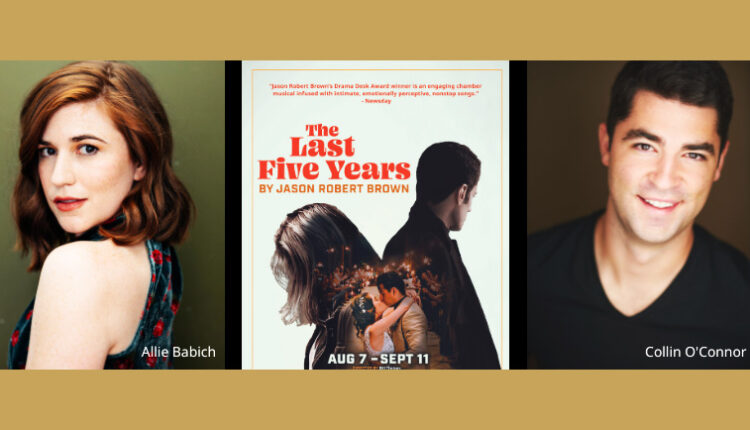 by: Warren Gerds, Contact me at [email protected] Watch for my on-air Critic at Large editions every Sunday during the 5:30-7:30 am broadcast on WFRV-TV, Channel 5.

Directing is Bill Theisen with Mark Hanson as music director.

Allie Babich and Colin O’Connor portray the story’s couple. The story is told from beginning to end and end to beginning for Cathy and Jamie.

According to a press release: In 14 songs, the musical features an unconventional structure: Jamie tells the story in forward chronological order, Cathy tells it in reverse and they meet once as they pass by each other, in the middle of the timeline.

Jamie is an up-and-coming writer, and Cathy is an actress.

Said director Bill Theisen, “’The Last Five Years’ reminds us how lucky we are to find each other, to invest and care for each other and to grow through the pain. And, most importantly, remember that love is always worth the risk.”

Allie Babich is a New York-based actor with a broad range of experience. That includes performing at Shakespeare’s Globe in London to First Stage and Skylight Music Theater in Milwaukee and Northern Sky Theater (“Victory Farm”) and Door Shakespeare (“The Merry Wives of Windsor” and “Henry V”) in Door County.

Colin O’Connor is a New York-trained actor with experience in leading roles in productions in Ohio.