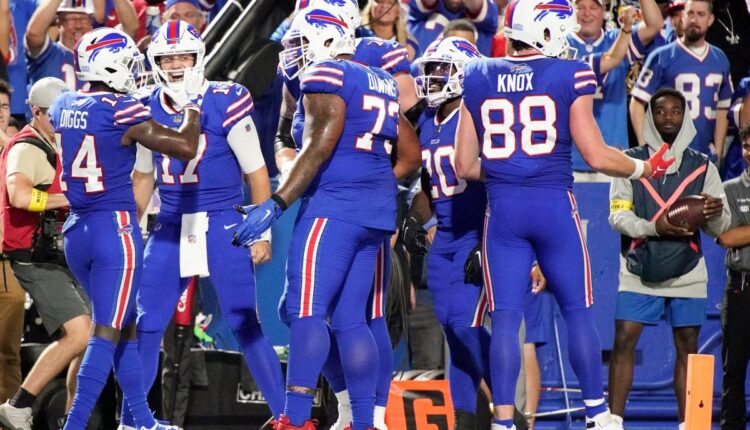 The Buffalo Bills (5-1) will host the struggling Green Bay Packers (3-4), who enter the prime-time game with three consecutive losses while Buffalo had time to rest during Week 7’s bye.

Although the Packers are off to their worst start in four seasons, quarterback Aaron Rodgers went into the week ranking 10th in the league with 1,597 yards passing and tied for sixth with 11 touchdowns.

Bills quarterback Josh Allen has had two 400-yard passing games this season and three games with double-digit carries. Allen’s 1,980 passing yards ranked sixth in the NFL as Week 8 began, and his 17 passing touchdowns are more than any other quarterback besides Patrick Mahomes.

Here’s everything you need to know about Sunday night’s matchup:

What time does Packers at Bills start?

kick off is sunday, october 30 at 8:20 pm ET from Highmark Stadium in Orchard Park, New York.

What TV channel is Packers at Bills on?

The game will be aired nationally on NBC with Mike Tirico (play-by-play), Cris Collinsworth (analyst) and Melissa Stark (sideline reporter) on the call.

How can watch Packers at Bills online via live stream?

Fans can live stream the game on fuboTV, as well as NBCSports.com and Peacock.

What are the odds for Packers at Bills?

The Bills are 11.5-point favorites with an over/under of 47.5, according to Tipico Sportsbook.

Gannett may earn revenue from sports betting operators for audience referrals to betting services. Sports betting operators have no influence over nor are any such revenues in any way dependent on or linked to the newsrooms or news coverage. See applicable operator site for its terms and conditions. If you or someone you know has a gambling problem, help is available. Call the National Council on Problem Gambling 24/7 at 1-800-GAMBLER. Must be 21 or older to gamble.