Twin Disc to open Milwaukee office, in the Third Ward 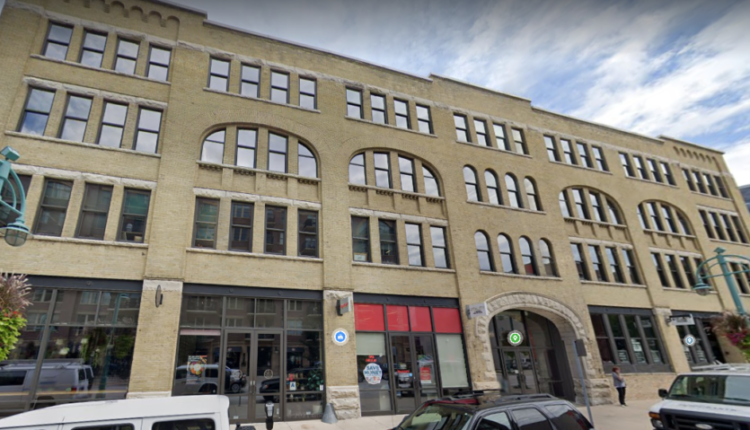 Racine based Twin Disc Inc., a manufacturer of power transmission equipment, is in the midst of renovating an office space in Milwaukee’s Historic Third Ward.

The office will be located on the fourth floor of the building at 222 E. Erie St. Documents submitted to the Department of Neighborhood Services describe the project as “Twin Disc Tenant Improvements” and indicate the project covers around 8,100 square feet.

An affiliate of Chicago-based R2 Companies bought the building in December 2019 for $9.65 million. A Founders 3 listing for the property puts the building’s gross size at around 85,000 square feet with around 20,000 square feet of leasable space on each of the four floors.

Twin Disc leadership was not immediately available to comment on the ongoing work Thursday.

The company has been planning to move out of its Racine headquarters for at least two years. John Batten, chief executive officer of Twin Disc, said on the company’s most recent earnings call that the process would be complete by December.

“It is our intent to be out of this building by December, with everyone relocated either to our 21st Street facility across town, or our new office in Milwaukee,” Batten said.

It is not clear which of its facilities Twin Disc will designate as its headquarters once the move is complete.

While the company had previously discussed consolidating operations at its 4600 21st St. location in Racine, where it also has manufacturing operations, the earnings call was the first time Batten mentioned a Milwaukee office.

Pre-pandemic, Twin Disc had 40 to 60 people working at the Racine headquarters, but remote work allowed that number to shrink dramatically.

In March, the company announced plans to sell the headquarters property to Milwaukee-based real estate development firm J. Jeffers & Co. LLC. That deal later fell through, according to SEC filings. However, Twin Disc indicated it was in talks with an alternative buyer for the property.

The 5 best pregnancy tests of 2022, per experts

KHN’s ‘What the Health?’: Biden Declares the Pandemic ‘Over’