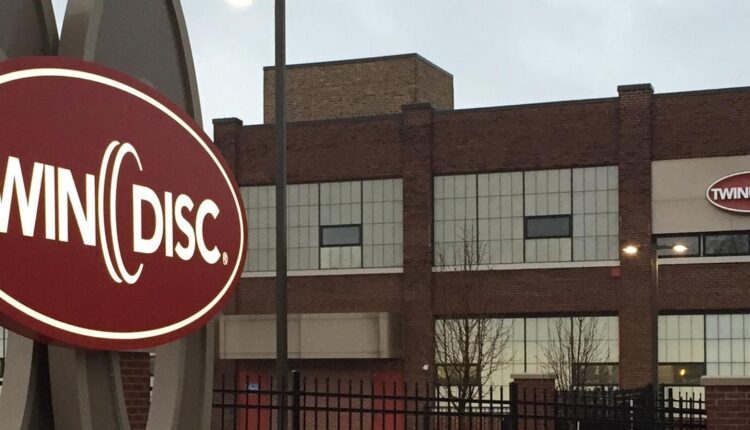 Twin Disc will likely be moving its headquarters to Milwaukee’s Historic Third Ward.

There is not expected to be any change to Twin Disc’s manufacturing operations in Racine, primarily at the facility located at the intersection of 21st Street and Ohio Street.

Such a move would be the first time Twin Disc’s headquarters have been outside the City of Racine since the company was founded more than a century ago. This comes after Twin Disc’s agreement earlier this year to sell its longtime Racine headquarters, 1328 Racine St., to a group led by J. Jeffers & Co., a Milwaukee-based firm that already has led several Racine-area rehabilitation projects of former industrial buildings.

Twin Disc had occupied 1328 Racine St. for a century, although the building has not been used for manufacturing in more than a decade. Most of its 180,000 square feet have been unused, especially since the COVID-19 pandemic arrived and many of the office staff still based in the building began working remotely.

Twin Disc is in its fourth generation of family ownership. The company, with an estimated market capitalization of $153.69 million, is now owned and led by John Batten.

IN PHOTOS: Young Racinians take to the air, thanks to volunteer pilots and community policing officers


Melanie Figuereo-Colon gets her wings

Melanie Figuereo-Colon was partnered with pilot Kenny Meijia-Cruz, who felt so strongly about the project that he rented a plane in order to participate.

Bryan Figuereo-Colon prepares to fly. Bryan and his sibling Melanie were the only two participants who opted to move on and participate in ground school.

Wings to Fly participant Yesenia Guereca is shown pre-flight in her aviators and flight jacket.

Wings to Fly participant Simran Singh signals she is ready to fly.

Officer Mike Gordon, Liz Powell, CEO of the Racine Community Foundation, who gave $1,000 to the project that brought youth to Batten Airfield for a day of flying and flight education, and Officer Travis Brady, the Anthony Street COP House officer.


PHOTOS: See more shots from the first flights of these young Racinians by scanning the QR code and following the link

The business news you need

Get the latest local business news delivered FREE to your inbox weekly.

KHN’s ‘What the Health?’: Biden Declares the Pandemic ‘Over’