U.S. Senate opens a new session with a record set by McConnell 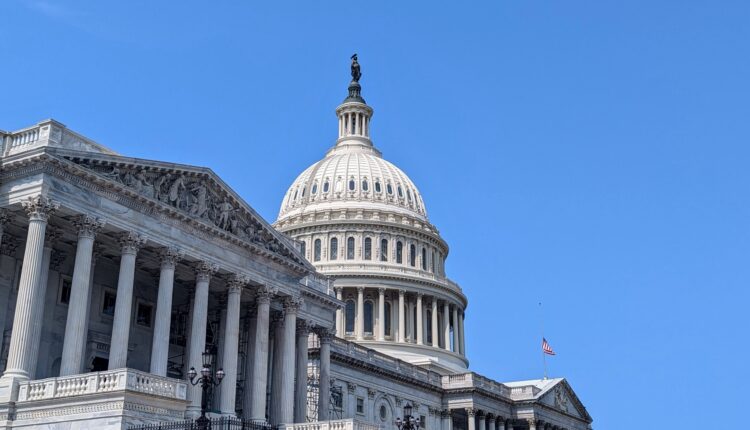 “There’s no reason why the success of the last two years needs to end today,” Schumer, a New York Democrat, said on the Senate floor.

The beginning of a new Congress also marked a milestone for Senate Minority Leader Mitch McConnell, 80, a Kentucky Republican who now is the chamber’s longest-serving party leader ever.

Schumer, who became the longest-serving senator from New York, said he hopes lawmakers can come together.

The chamber has “a lot of work ahead of us,” Schumer said, but he did not go into detail on legislative priorities for Senate Democrats, who will have a slim majority of 51 members, including a trio of independents, and must contend with a GOP-controlled House.

“I hope we can find some ways to come together and not succumb to gridlock,” Schumer said.

He also noted several important historical moments, including the unanimous adoption of a resolution to name U.S. Democratic Sen. Patty Murray of Washington state as president pro tempore of the U.S. Senate. Murray is the first woman to hold the position.

In that role, Murray will be authorized to preside over the chamber in the absence of Vice President Kamala Harris and sign legislation, among other responsibilities. This also makes Murray third in line for the presidency.

Schumer congratulated McConnell on his accomplishment as longest-serving party leader, beginning in the 110th Congress. 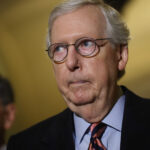 “The greatest honor of my career is representing the Commonwealth of Kentucky in this chamber and fighting for my fellow Kentuckians,” McConnell said on the Senate floor. “But the second-greatest honor is the trust that my fellow Republican senators have placed in me to lead our diverse conference and help them achieve their goals.”

McConnell reflected on the leaders who came before him, particularly the late U.S. Democratic Sen. Mike Mansfield of Montana, who until Tuesday held the record for longest-serving party leader, for 16 years from 1961 to 1977.

McConnell said what he admired most from Mansfield’s leadership style was how he treated the Senate and protected the institution.

“He seems to have felt the most valuable end was the institution of the Senate itself,” he said. “Its processes and debates, its traditions and structures, and all 100 of its members.”

“Crucial work migrated out of hallway confrontations and hideaway handshakes and into hearing rooms and committee offices,” he said. “The Senate was less defined by top-down dramatics than by bills and priorities percolating upward. A diligent, low-key leadership style from a serious, diligent, low-key person.”

During a Tuesday press call with reporters, Sen. John Thune of South Dakota, the Republican whip, said one of the ways McConnell has exerted the most influence is through confirmations for the federal judiciary.

McConnell guided 226 judicial nominations through the Senate under the Trump administration, and “the number of judges that we were able to process, the impact on the Supreme Court, has an intergenerational impact,” Thune said.

Thune said that McConnell “is somebody who plays a long game.”

McConnell has had immense influence on nominations to the U.S. Supreme Court.

While he was the majority leader, three of former President Donald Trump’s nominees were confirmed — securing a 6-3 conservative majority on the court. McConnell blocked former President Barack Obama’s nomination of Merrick Garland, who now serves as attorney general.

McConnell also moved to change the filibuster for Supreme Court nominees, lowering the 60-vote threshold to a simple majority in 2017.

Schumer has been able to confirm 97 judicial nominees during the Biden administration, including the first Black Supreme Court justice, Ketanji Brown Jackson.

A quicker turnaround for judicial nominations is expected in the 118th Congress, because Senate Democrats hold a narrow 51-seat majority, and confirmations remain a priority for Schumer.

Among those notable senators sworn in on Tuesday were Democrats John Fetterman of Pennsylvania, who flipped a GOP-controlled seat, and Raphael Warnock of Georgia, who won a runoff election in a closely contested race.

During floor proceedings, Harris swore in 34 senators. Those senators signed an oath to uphold and defend the Constitution, a tradition established after the Civil War.

While Democrats will keep control of the Senate, one of their members, U.S. Sen. Kyrsten Sinema of Arizona, announced in early December that she would leave the Democratic Party and become an independent.

There are currently two independent senators who caucus with Democrats, Bernie Sanders of Vermont and Angus King of Maine.

In 2024, Senate Republicans will have an opportunity to flip control of the chamber, as 23 Senate seats for Democrats are up for reelection, compared to only 10 seats for Republicans.

McConnell lost his position as Senate majority leader in 2021, after Democrats picked up two Republican-controlled seats in Georgia during a runoff election in early 2021, bringing Senate control to 50-50, with Harris as a tiebreaker.

McConnell easily fended off a challenge last year for his leadership post from U.S. Republican Sen. Rick Scott of Florida. McConnell prevailed in a 37-10 vote, with one senator voting present.

McConnell was first elected to the Senate in 1984, and has four years left of his current term. Democrats have tried to unseat him multiple times. During the last election in 2020, more than $90 million was poured into the campaign of his Democratic challenger, Amy McGrath, according to Open Secrets. He won by more than 57% of the vote.

Prior to serving as GOP leader, he led the National Republican Senatorial Committee — the campaign arm for Senate Republicans — from 1997 to 2001, voted to impeach former President Bill Clinton and twice voted against impeaching Trump.

On Wednesday, McConnell and President Joe Biden are scheduled to travel to Covington, Kentucky, where Biden will deliver remarks on how his economic plans are helping rebuild state infrastructure, such as $1.6 billion in federal funding for the Brent Spence Bridge Corridor project that connects Northern Kentucky and Cincinnati, according to the Northern Kentucky Tribune.

The Senate adjourned later Tuesday and is not set to return to Washington until Jan. 23.

Seth Tupper contributed to this report.