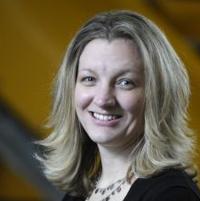 The Kenosha County Board earlier this week approved the appointment of the county’s next public works director hiring the woman who led a similar City of Kenosha department for the last six years.

The board voted 17-3 confirming the appointment of Shelley Billingsley Tuesday night, but not before scrutiny from supervisors. Voting against the appointment were Supervisors Monica Yuhas, Jeffrey Gentz ​​and John Franco.

Last month, County Executive Samantha Kerkman recommended Billingsley, a Paris resident, for appointment. She initially assumed the role as interim director on Aug. 1 before the official hiring on Tuesday.

During deliberations, Yuhas asked Billingsley to address two issues during her tenure as the city’s public works director, including the delayed opening of Kenosha’s historic Velodrome, which had undergone a major yearlong renovation beginning in 2015. While the project’s completion and opening was set for the spring of 2016, cracks in the new track and a “void” below the surface forced the city to require the contractor to resolve the issues.

“The Velodrome was installed by a contractor. We hired a firm to do the pipe inspection for that facility. We did have concerns about the settlement of a pipe, so we did some sonar testing and that’s where we determined that there were some voids underneath the pavement due to the storm sewer installation project that was done,” Billingsley said. “And we went back to the contractor and negotiated that through (the city’s) counsel and that was rectified.”

Yuhas further questioned Billingsley asking about the additional cost to the city for resolving the issue. Billingsley said she would have to go back to her notes and could not recall, adding that costs had changed “dramatically” since that time. According to previous published reports, the city delayed full payment of the $670,000 and eventually settled for an additional $25,000 payment to the contractor. The Velodrome reopened in spring of 2017.

Yuhas then questioned her on the installation of faulty flooring at the Dream Playground, the unique 15,000-square-foot playground open to people of all abilities at Petzke Park, 2900 14th Ave. The $1 million playground, which had originally opened in October 2015, was later closed in the spring of 2016 to address flooring replacement. The flooring failed a majority of safety tests and had to be removed and reinstalled. Billingsley said the city had asked for and reviewed the materials for flooring that had originally met the specifications for the Dream Playground.

“But what had happened is the contractor had flipped the product on us without notifying us, without our approval of the specifications for the floor,” she said. “We found that out when we did the initial drop test, which is how we go about certifying the flooring. So, that floor was never certified, never accepted. We all found that through the investigation and testing of the floor after it was placed.”

A new contractor eventually replaced the flooring and the playground was re-opened in mid-November 2016.

Supervisor Jeffrey Gentz ​​also opposed the appointment saying he could not support hiring a new director at or near the top of the pay range. According to Clara Tappa, the county’s human resources director, the top of the pay scale for the position is $139,683 annually. The starting pay for public works director is $100,491. Billingsley wants to earn $138,047 annually.

“Is that how we’re going to hire people is put them right at the top without working their way up the ladder?” said Gentz, who asked Tappa for further explanation.

“Our policy allows for hiring up to midpoint, with human resources director approval. Beyond midpoint, it requires county executive approval,” Tappa said. “Salaries, especially for positions at this level, are often negotiated.”

Gentz ​​objected to the process saying that the county “is so tight on everything else” but can afford to hire at the top of scale.

Her qualifications and accomplishments include a Bachelor of Science in civil engineering from the University of Wisconsin-Milwaukee and a Master of Business Administration from the University of Wisconsin-Parkside. She was recently elected vice president of the Wisconsin Chapter of the American Public Works Association. Billingsley received two Project of the Year awards from the APWA in recognition of the construction of Kenosha Fire Station No. 1 at the former Bain Elementary School and various stormwater improvements.

Billingsley was among six finalists interviewed for the county position from a field of 14 applicants, according to Tappa, who was reached following Tuesday’s meeting.

Supervisor Amanda Nedweski questioned Tappa on what the competitive wage was for the position in the geographic area.

The county is conducting an ongoing compensation study, with the public works director’s position among others under evaluation, Tappa said. She reiterated, however, that the county underwent negotiations in order to hire “a highly qualified candidate in this role to be competitive with other similar employers in our area.”

Cyclist Claire Kudlata lines up for the Junior 15-18 race. 2022 marks the 95 race season for the Washington Park velodrome.

With incumbent not running again, state treasurer’s job is up for grabs