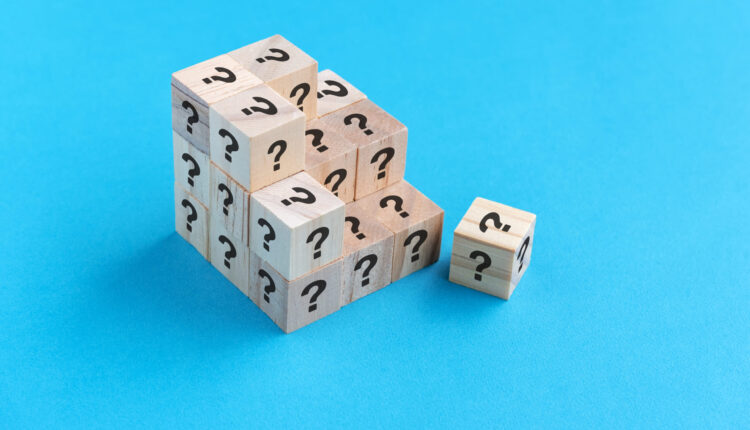 The UW System’s Office of Educational Opportunity (OEO), created by the Wisconsin Legislature in 2015,  is well on its way to overseeing more K-12 schools than the superintendents of most of Wisconsin’s 423 school districts.

Currently, the OEO, the UW System’s charter school authorizer, lists 10 independent charter schools it has authorized on its website. Three more schools haven’t opened yet but have signed contracts with the office. With 13 schools, the OEO has enough schools under its umbrella to be one of Wisconsin’s 20 largest school districts. Yet there is not much publicly available information about how the office is choosing to approve new charters, or even which schools it has already approved.

Among the schools the OEO has recently authorized are Veritas Classical Academy, a charter school in Eau Claire that plans to use the conservative Hillsdale College curriculum, and Mill Creek Academy in Waukesha, part of a network of schools run by National Heritage Academies (NHA). NHA, a for-profit company, was singled out in a report covered by the Washington Post on for-profit charter operators that use “creative workarounds” to dodge state laws against for-profit charters by setting up nonprofit organizations to launch schools and then extracting most of the money from them.

An invitation to parents on the Mill Creek Academy website asks, “Are you seeking a ‘private’ school education with the no-cost benefit of a public school? If so, you’re in the right place. Mill Creek Academy is a tuition-free public charter school open to all children who live in Wisconsin.”

The UW System acknowledged to the Examiner that OEO has authorized Veritas Classical and the Mill Creek Academy, but the office has not made a public announcement about the launch of the schools.

The dearth of public information about new charter schools that OEO is in the process of authorizing, including how close they are to being approved and a schedule of public meetings about them, frustrates public school advocates. They want the public to be better informed about these taxpayer-financed schools.

“The refusal of the Office of Educational Opportunity to provide even the most basic gesture of transparency in disclosing the names of schools that have applied for authorization on its website is not just a divergence from the practices of previous charter czars, it appears to be an active attempt to conceal those names,” says Heather Dubois Bourenane of the Wisconsin Public Education Network.

Since she was hired by then-UW System President Tommy Thompson in November 2020, OEO Director Vanessa Moran has been authorizing more charter schools while at the same time reducing the amount of information about the chartering process available online, DuBois Bourenane says.

UW System spokesperson Mark Pitsch responds that OEO-approved schools that have opened thus far are listed on the website and “the website simply needs to be updated” to include schools that have not yet opened. The process for approving new charter schools “includes community meetings, community feedback, and review by an advisory panel,” Pitsch adds.

But that doesn’t satisfy Jenni Hofschulte, a Milwaukee parent who is also a member of the Wisconsin Public Education Network.

Hofschulte contrasts the process for schools approved by OEO with the Milwaukee Public Schools process. When MPS considers approving a charter school, “it’s a noticed meeting, and anyone can come,” she says. “That’s the part that’s completely missing here.”

Hofschulte says she found out about a community meeting in Mequon to discuss the North Shore Classical Academy, a Hillsdale charter school that OEO is currently considering authorizing, because she had set up a Google alert so she would get news on public schools via email. “It was really short notice. They were trying to drum up people to come in support of the school. It wasn’t really a public meeting,” she says.

“It just shouldn’t be this hard to know what prospectuses they’re looking at and where they are in the process,” adds Hofschulte. “I’d like them to be more transparent — and the sooner the better.”

Moran, who did not respond to questions for this story, serves at the pleasure of the president of UW System. She reviews applications for charter schools and decides whether they should move forward through a five-phase authorization process. If she greenlights a school in the first phase of the process, OEO holds a community input meeting on the school. After that, an advisory council, whose members are listed on OEO’s website, reviews applications. Council members include charter school administrators from around the state, UW faculty and administrators and the UW System’s legal counsel.

To advance, a proposal must “increase educational equity by providing students with access to educational innovations or incubating existing educational practices in innovative ways,” according to the OEO website. “While we do not have an exact definition of ‘innovation,’” the OEO states, “potential applicants should consider the Ten Leaps for Equitable 21st Century Learning from Transcend Education.”

According to an employment ad on the recruitment site Glassdoor seeking a headmaster for the Veritas Classical Academy in Eau Claire, “VCA’s liberal arts and sciences curriculum is developed with support from Hillsdale College, a leader in classical learning since 1844.”

The agenda for a Nov. 2 meeting of the school’s board of directors includes discussion of postponing the opening of the school to the fall of 2024 and a presentation by the Hillsdale K-12 committee, including upcoming training for the board to be provided by Hillsdale.

Just last month the Lac Courte Oreilles Ojibwe University threatened to sever ties with the Hillsdale school in Wisconsin it had authorized, citing “inflammatory, derogatory, and racist comments captured by hidden camera” by the president of Hillsdale College, Larry Arnn. Arnn’s comments, which made headlines after they were leaked from a private meeting he had with Gov. Bill Lee of Tennessee, also led to the collapse of a plan to launch several Hillsdale charter schools in that state. A flurry of reporting on Arnn and Hillsdale around the same time cited the Hillsdale K-12 curriculum’s criticism of the civil rights movement and its “emphasis on the history and traditions of American citizens as the inheritors of Western civilization,” as the Lake Country Classical Academy website puts it.

Despite this controversy, the OEO is considering authorizing more than one Hillsdale charter school. The founder of one of those Hillsdale schools, North Shore Classical Academy in Mequon, was part of a failed recall effort to unseat four school board members in Mequon-Thiensville, based in part on claims that the schools were teaching “critical race theory.”

Hillsdale’s Make America Great Again curriculum does not seem to conform to item number six on the “Ten Leaps for Equitable Learning”: “Social Consciousness and Action: Learners critically examine social problems and work toward a more just world; they develop the knowledge, skills, and mindsets needed to continue taking anti-oppressive actions that disrupt and dismantle racism and other inequities.”

According to the Wisconsin Department of Public Instruction (DPI), OEO has also signed a contract with a school called Athlos Academy, which plans to open in West Allis in the fall.

That school is part of a network of Athlos Academies with schools in Minnesota, Utah and Louisiana that emphasize physical education and character development as well as academics. On its website, Athlos has photos of a brand new, strip-mall-style building with a brick facade and giant white pillars, with the words “Athlos Academy” emblazoned overhead. The website encourages people to “bring an Athlos school to your area,” and offers “fully managed school solutions” in which the parent company provides “all the services and support needed to start a new school from the ground up.” The company, which describes itself as “a social venture started in 2006” offers “a range of services to charter schools, including charter application development, facility construction, leasing, bond marketing assistance, operational support, research-based curriculum, staff and student recruitment, and teacher training.”

“Chartered for Profit: The Hidden World of Charter Schools Operated for Financial Gain,” a report published last year by the Network for Public Education, describes how for-profit charter operators make money by setting up nonprofit schools and then providing all of the expensive services, from facilities to curriculum, at a net gain.

The report singled out charter operator National Heritage Academies for its “creative workarounds,” setting up nonprofit organizations to launch schools and then extracting profits from them.

NHA has already opened one school in Wisconsin, Milwaukee Scholars, and has now had its second school, the Mill Creek Academy, approved by OEO.

Former New York principal Carol Burris, executive director of the Network for Public Education, explains that NHA “locks schools in with a ‘sweeps contract’ where virtually all revenue is passed to the for-profit management corporation, NHA, that runs the school.” Burris described NHA’s attempted $1 billion sale of 69 of its more than 90 schools to a new corporation created just for the purchase as a “massive transfer of public dollars into private wealth.”

“This is the crux of our concern with non-local authorizers: the lack of accountability and transparency,” says DuBois Bourenane. “It’s far too easy to rubber stamp unpopular proposals without the knowledge or consent of the public, and the children attending local public schools pay the price.”

The debate over privatization and Wisconsin’s public schools is not going away. Last week Assembly Speaker Robin Vos said he would be willing to increase funding for public education if Gov. Tony Evers is willing to approve universal school choice — meaning taxpayers would cover private school tuition for anyone who doesn’t want to send her kids to public school. That’s a system that is guaranteed to bankrupt the existing public schools, as even some Republican legislators have pointed out. Charter schools are supposed to be something different. Those that are authorized by local school boards, whether alternative schools or language immersion programs, are meant to nurture innovative approaches to education within the public school system that, if successful, can be replicated by the district’s public schools.

Charter schools that don’t want to work with the local school district can apply to be “independent” charters, authorized by a handful of entities under Wisconsin law. There’s no oversight from local school boards (or local taxpayers). Instead, they are approved by the designated charter school authorizers: the Milwaukee city council, the chancellors of University of Wisconsin System schools, the state’s technical colleges, the Waukesha county executive, the College of Menominee Nation, the Lac Courte Oreilles Ojibwe University or the UW-System Office of Educational Opportunity.

The independent charters have a lot of flexibility and autonomy. Their authorizers take a cut of the $9,264 in tax dollars that comes with every student who enrolls, to cover the costs of oversight, but they can take a pretty hands-off approach when it comes to running the schools.

Among statewide independent charter school authorizers, none has been busier than Moran at the UW System’s OEO. Taxpayers deserve to know more about the schools she is planning to launch and what their tax dollars are going to pay for.