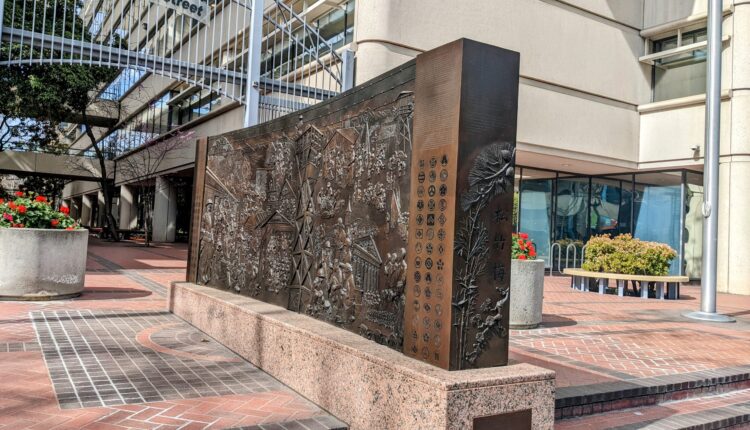 A school board in southeastern Wisconsin has rejected a book recommended for use in a 10th-grade accelerated English class due in part to concerns that it lacked “balance” regarding the internment of Japanese Americans during World War II.

Book cover of “When the Emperor Was Divine” by Julie Otsuka

The Curriculum Planning Committee for the Muskego-Norway district, which serves about 5,000 students in Waukesha and Racine counties, had selected “When the Emperor Was Divine,” a  2002 historical novel by Julie Otsuka based on her own family’s experiences. The book, winner of the American Library Association’s Alex Award and the Asian American Literary Award, tells in varying perspectives the story of a Japanese American family uprooted from its home in Berkeley, California, and sent to an internment camp in the Utah desert.

But on June 13, the board’s Educational Services Committee, made up of three of its seven members, sent the book back to the curriculum committee, from which it is not expected to return.

At that meeting, committee and school board member Laurie Kontney complained that “When the Emperor Was Divine” was selected as a “diverse” book, according to detailed notes taken by Ann Zielke, a school district resident and parent. Corrie Prunuske, a Muskego resident and parent, confirms hearing this: “I think she said, ‘They only looked at diverse books.’ ”

“I asked why that would be an issue,” Zielke recounts in her notes. “[Kontney] said it can’t be chosen on that basis and I asked again if she had proof of that. Which they don’t. She said it can’t be all about ‘oppression.’ ” Committee member Boyer, by this account, said the selection committee needed to pick a book that was “without restriction”—that is, not intended to promote diversity.

Kontney is the board’s newest member, having been elected in April on a platform that included, “CRITICAL THINKING NOT CRITICAL RACE THEORY.”

Zielke also says she was told, in conversations with school board president Chris Buckmaster and board member Terri Boyer, who serves on the Educational Service Committee, that using the book would created a problem with “balance,” in part because the accelerated English class curriculum already includes a 10-page excerpt from a nonfiction book about the internment camps.

“So their claim is that having two texts in this class from what they’re terming is one perspective — meaning it’s the perspective of the Japanese who were interned — creates a balance issue,” Zielke says in an interview. The feeling was that “we need to have more perspective from the American government about why they did this.”

Buckmaster, she says, explained to her that the kind of balance he has in mind would include discussion of the Rape of Nanjing, the mass killing of Chinese civilians committed by the Japanese that began on Dec. 13, 1937 and continued for six weeks. “So what he’s saying is, what you would need in this class is some sort of historical context of how horrible the Japanese were during World War II in order to understand the viewpoint of the American government in interning the Japanese.” 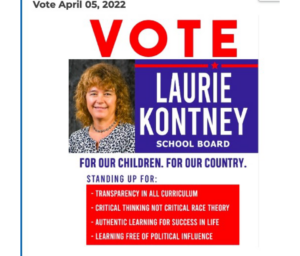 A screenshot from the campaign website for Laurie Kontney, elected to the Muskego-Norway School Board in April 2022. The material includes statements promoting “Critical thinking not critical race theory” and “Learning free of political influence.”

“The call for a ‘balanced’ viewpoint in the context of the incarceration of Japanese Americans is deeply problematic, and racist, and plays into the same fallacies the United States Army used to justify the incarceration,” he wrote in a letter to the Muskego-Norway School Board. “We urge you to reconsider your position on the book’s use, understanding that while not every book and story can be told, to deny the use of one such as this under the pretenses you’ve given is wrong.”

Zielke says both Buckmaster and Boyer, in their conversations with her, said the district’s Curriculum Planning Committee may have been given a directive — it’s not clear from whom — to select a book by a non-white author. According to Zielke, “the board is saying that that somehow negates the process, because that is akin to some type of discrimination.”

After the June 13 committee meeting, Buckmaster got into a heated exchange with Hapeman, who works for the district as an educational assistant. She says he told her, regarding the board’s action, “This is why they were elected. This is what they ran on.” Emily Sorensen, a community member who was sitting nearby, says she heard him make this comment.

Buckmaster, Boyer, Kontney, and Tracy Blair, the third board member who serves on the Educational Resources Committee, did not respond to requests for comment. Neither did Kelly Thomspon, the district superintendent.

Across the country, the MAGA crowd has gone on a rampage against educational materials deemed inappropriate for young minds.

PEN America, a nonprofit that advocates for freedom of expression, tracked 1,585 instances of books being banned from schools between July 1, 2021, and March 31, 2022, involving 1,145 unique titles.

“When the Emperor Was Divine” is not among them.

In a letter to the Muskego-Norway board, Jordan Pavlin, editor-in-chief at Alfred A. Knopf and Otsuka’s editor at the publishing house, noted that “When the Emperor Was Divine” “has been course adopted in hundreds of schools throughout the country, where it has become a staple of high school English classes.”

She added that historical fiction “has the power not only to edify but to transform and deepen our perspectives; it enables us to look outward, beyond the confines of our circumscribed lives, with greater sympathy and understanding.”

In the 2020 presidential election, the city of Muskego, which makes up the majority of the Muskego-Norway School District, voted for Donald Trump over Joe Biden by a margin of two to one. That’s even higher than the margin that voted for Trump in all of deep red Waukesha County, in which Muskego resides.

Yet all of the objections to “When the Emperor Was Divine” have come from school board members, not the community at large.

Indeed, in advance of the June 13 meetings, more than 130 parents and community members, many of them alumni of the Muskego-Norway School District, signed a petition supporting the book’s selection. Written by Lawrence Hapeman, Allison’s son and a 2021 graduate of district schools, the 1800-word petition takes issue with the various objections to “When the Emperor Was Divine.”

These included a claim, purportedly made by more than one school board member, that the book is “too sad.” The petition calls this argument “fundamentally nonsensical,” noting that other books approved for classroom use in the district include Shakespeare’s “Romeo and Juliet” and Tim O’Brien’s “The Things They Carried,” “in which most characters die by the end of the novel in often brutal and graphic ways.” 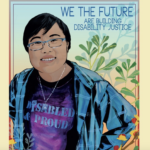 The petition also argues that the educational staff involved in the selection of “When the Emperor Was Divine” deserve to have their decisions supported. It cites a June 10 article in the Wisconsin Examiner about how the school district of Waukesha “has received at least 54 resignations from employees between April 1 and June 5 of this year, as compared to 28 resignations last year during that same time period—a 93% increase.”

“Many of these resignations come from teachers who have cited a lack of respect and acceptance from their school board as primary causes for their departure,” states the petition. It anonymously quotes two district teachers about a perceived lack of support.

“I’ve never felt so under attack for just doing my job or doing my duty to teach kids about others and their world,” one teacher says. “I feel like I have to defend every book that has a person of color in it.” Another teacher says, “The anti-diversity and lack of pushback against that from district leaders has left me actively seeking other positions in districts that support diversity.”

As for the argument that “this book should not be approved because the selection committee was non-negotiably set on picking a work by an author who is a woman of color,” the petition links to a district directive, issued in 2020, to seek ways “to support understanding of the history of marginalization and the positive impact we can have on a daily basis when we use an equity focused mindset that addresses disparities.”

The petition states: “As residents of the world and heirs of its history, we must be given the opportunity to reflect on the past and point out the pain and suffering caused in the past. This reflection is meant to prepare ourselves to create a stronger country and world by rejecting outright the mistakes of the past.”

Or, as Inoue put it in his letter to the school board, “The story of what happened to the Japanese American community is an American story, one that balances the challenges of injustice, but also the patriotic stories of service and resistance. If anything, these are stories that need to be told more in our schools.”

Come, join the festivities of the Friends of Ukraine – Madison