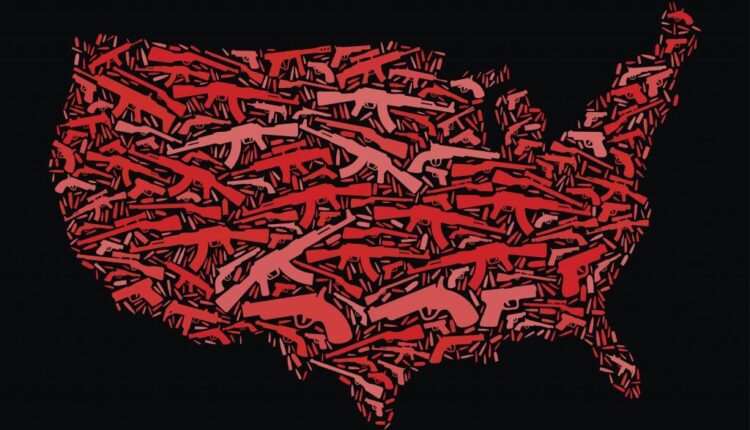 The Wisconsin Supreme Court ruled Wednesday that  a 17-year-old boy should be tried as an adult for his involvement in a mass shooting at Mayfair Mall in late 2020. The teen, known only as “X.S.” in the court decision, was headed for juvenile court after Milwaukee County Children’s Court Judge Brittany Grayson denied prosecutors’ request that he be waived into adult court. The Supreme Court reversed that decision.

The ruling comes as Wisconsin continues to plan for a future after  the state’s troubled juvenile facilities finally close.

The dramatic chain of events that led to the mass shooting in the Milwaukee-area suburb of Wauwatosa started with an argument and a concealed handgun. According to court filings, X.S. was armed with a concealed pistol when he went to the mall with a friend. The pair got into an altercation with four people, during which X.S. opened fire. Eight people were hospitalized and  the Supreme Court’s decision noted that the friend X.S. went to the mall with, three individuals in the other group and four bystanders were all victims of the shooting.

Police locked down the mall, sending in tactical teams to find the shooter. X.S., meanwhile, had already fled the scene with his family. Once he was located, X.S. was charged with eight counts of first-degree reckless injury with use of a dangerous weapon, as well as one count of illegal possession of a dangerous weapon by a person under 18 years old. Chief Justice Annette Ziegler wrote in a majority opinion joined by justices Patience Roggensack, Rebecca Bradley and Jill Karofsky that the circuit court “erroneously exercised its discretion by denying the State’s waiver petition” asking that X.S. be tried as an adult.

Ziegler added that X.S. “had a concerning history while in the juvenile justice system, and the amount of resources and the remaining potential time available to assist X.S. in the juvenile system was limited.” The teen had been involved in “serious and escalating criminal behaviors, despite juvenile court interventions and court-ordered conditions,” Ziegler wrote, adding in the same opinion that those descriptions of his previous record did not violate expectations that a person is innocent until proven guilty beyond a reasonable doubt. The chief justice recounted the criminal justice history of X.S. since he was 15 years old, including being involved in a drug deal that led to X.S. being shot and a K9 search ending in the discovery of 133 grams of cannabis in the teen’s backpack.

X.S. reportedly disobeyed court-ordered programming as a result of the arrests, including not checking in with advocates from Running Rebels, a group that supervises teen offenders. The violations continued until late November, and X.S. was found to be “failing every class,” wrote Ziegler. Just prior to the shooting, X.S. allegedly drew the handgun after one of his friends punched a member of the group of four they were confronting. Witnesses stated X.S. “was targeting the group of four,” wrote Ziegler. “One of the members of the group attempted to flee, and the witness observed X.S. turn and shoot” at that person An excess of 10 rounds were allegedly fired by X.S. Text messages obtained by law enforcement show that X.S. colluded with his family to board a flight and go hide out in Florida. “However, that plan did not succeed,” wrote Ziegler. “Police arrested X.S. a few days after the shooting traveling in a car and carrying the handgun used in the shooting.” 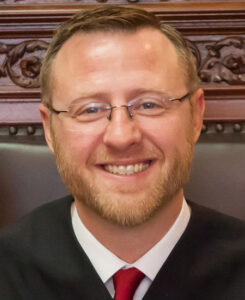 While the state argued that the adult system would be better suited for the teen’s “long term rehabilitative needs,” his attorneys insisted that the juvenile system would be a better option. The Supreme Court’s decision also references the testimony of Dr. David Thompson, a clinical psychologist hired by X.S. to conduct a psychological evaluation for the hearing regarding the waiver into adult court. Dr. Thompson noted that X.S. had experienced distress since getting shot months before in April. “He had experienced serious episodes of paranoia, depression, and anxiety,” Thompson said.

In her analysis of the case, Ziegler concedes that “X.S. received a diagnosis of PTSD and may have been influenced by negative peer pressure. He nonetheless engaged in a mall shooting where he carelessly gunned down eight people.” She goes on to lambast the Milwaukee judge for not conducting what she regarded as a complete judicial review of the facts of the case.

Justice Brian Hagedorn noted the “deeply disturbing” nature of the crime. However, Hagedorn stressed that while the Milwaukee Court denied the state’s request to move X.S. into adult court, this was within the court’s discretion. “The majority, however, displaces the Circuit Court’s discretion with its own, even as it pays lip service to the deferential standard of review we are duty-bound to apply. After reviewing cold transcripts of testimony the Circuit Court heard firsthand, the majority concludes it knows better and grants the State’s waiver petition — a remedy even the State didn’t think to ask for. The majority errs.” Hagedorn went on to write, “given this standard of review, the law instructs that the ultimate judgment call is the Circuit Court’s to make, even for decisions we dislike. The majority acknowledges this rule, and then promptly ignores it.” For these reasons Hagedorn dissented. Justices Ann Bradley and Rebecca Dallet joined in the dissent.