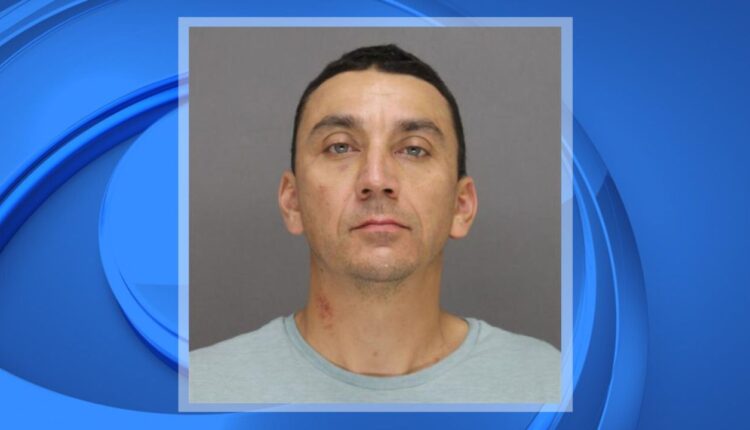 GREEN BAY, Wis. (WFRV) – A man from Green Bay is looking at close to 40 years in prison stemming from an alleged incident at a bar on the city’s west side.

According to a criminal complaint obtained by Local 5, 46-year-old Marvin Skenandore is facing nine charges following an alleged hit-and-run incident. On October 23 around 2:15 am officers were sent to a bar on West Mason Street for a reported disturbance.

An Uber driver reported a ‘large’ physical altercation and one person was run over by a vehicle. When officers arrived, the person hit by the car refused rescue and was ‘upright’ and talking.

Vandals cause at least $30,000 in graffiti damage on UW-Madison’s campus

Officers went into the bar to speak with staff, and were told that a man had been inside earlier ‘trying to fight people’. A staff member identified the man as Skenandore.

The complaint says that staff described Skenandore as ‘unruly’ and started a fight in the bar. The victim said he wanted to press charges against Skenandore for running him over.

Authorities then spoke with the owner of the bar, who provided camera footage of the incident. The video reportedly showed Skenandore suddenly pushing a man with two hands and then getting brought to the ground by several other men.

Shortly after, Skenandore is seen leaving through the front door. The rest of the partons leave not long after and gather outside. Skenandore is then ‘clearly’ seen driving a silver Jeep Liberty in front of the crowd.

The vehicle stops and Skenandore flips off the crowd and drives away. A man reportedly ran up to the driver’s side and reached into the window. Then the vehicle suddenly accelerates while making a sharp turn toward two men in the parking lot.

One man was hit by the vehicle with the front passenger side corner. The collision caused the man to hit the brick wall of the building. The Jeep then quickly drives out of the lot.

A silver Jeep Liberty was later seen at Skenandore’s address. It reportedly had two flat tires and appeared to have blood on the hood of the vehicle.

Officers tried to contact Skenandore but were unsuccessful. Court records showed that he had five felony court cases that he was out on bond for.

Two days later on October 25, a silver Jeep Liberty was seen pulling up to Skenandore’s address. The complaint mentions that officers knew that Skenandore kept a crossbow in the backseat of the vehicle.

An officer approached the vehicle with the emergency lights on, but as the squad car neared Skenandore got into the driver’s seat. He then allegedly drove around the squad car and ran through a stop sign.

After seven years with the Brewers, David Stearns stepping down

Skenandore was eventually pulled over after a pursuit. While he was being escorted to a squad car, he allegedly looked directly at an officer and said “You couldn’t catch me, could you? I would’ve choked you the **** out. You’re lucky I’m in these handcuffs.”

Skenandore is charged with the following:

Court records show that Skenandore was scheduled to appear in court on October 26 at 2 pm When he was arrested, records show he was taken into custody on a total of 31 charges, 18 of which were bail jumping.

No additional information was provided. Local 5 will update this story if more details are provided.