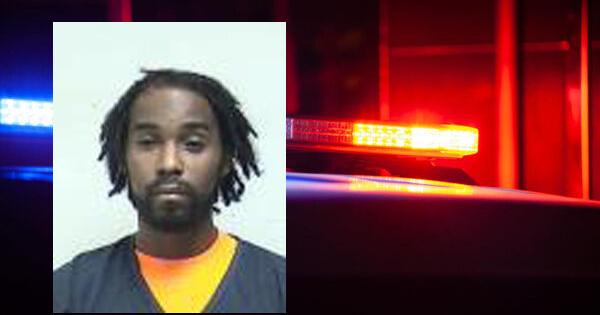 A 31-year-old Zion, Illinois man is facing numerous charges after allegedly shooting three people outside a Kenosha bar over the weekend following a fight.

Blakey made his initial appearance at Intake Court Monday where Court Commissioner Loren Keating imposed a $500,000 cash bond. A preliminary hearing is set for Aug. 31.

According to the criminal complaint three people were shot by Blakey on Saturday following a physical altercation. The incident occurred at approximately 1:45 am and the fight reportedly began inside Las Margaritas Tavern, 2322 Roosevelt Road.

The confrontation continued outside onto 23rd Avenue, according to the criminal complaint. That’s when Blakey allegedly opened fire, shooting a male and two females. One of the females was his girlfriend who allegedly shot by accident.

Officers patrolling the area of ​​63rd Street and 22nd Avenue arrested Blakey after spotting him walking in a zig-zag pattern west down the sidewalk along 63rd Street. He reportedly matched the description of the suspect involved in the nearby shots fired complaint. Blakey was detained and his firearm was recovered after officers found it stashed in a trash can.

When questioned by investigators, Blakey reportedly stated he grabbed his gun and began to “blow” following an altercation with the injured male.

When asked who he was shooting at he stated it was nobody in particular at first but then he saw (the male) and began shooting at him, because he “punched my tooth out,” according to the complaint.

When it was explained to the Blakey that his girlfriend dropped to the ground while he was firing, “the defendant began to sob and uttered something about her being right in front of him.”

Blakey had been in Kenosha celebrating his girlfriend’s birthday. She sustained serious injuries. The other female sustained non-life-threatening injuries and the male sustained three gunshot wounds but is expected to survive.

Meeting to save Milwaukee County Parks on Thursday