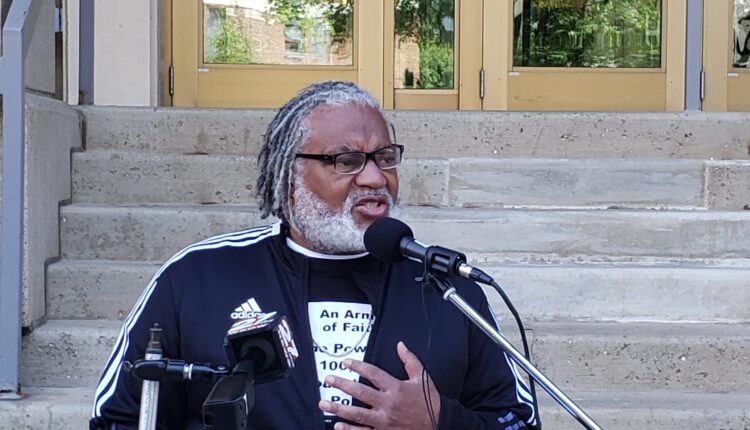 A coalition of voting rights and pro-democracy advocates stepped up their call Thursday for the Dane County District Attorney’s office to investigate and prosecute the attempt to undo Joe Biden’s presidential election victory in Wisconsin two years ago.

Ten fake electors who were part of that project “sought to subvert the 2020 election and the will of over 3.3 million Wisconsin voters by substituting their personal preference for the truth following the November 2020 election,” said Mel Barnes, staff counsel for Law Forward, a nonprofit, pro-democracy law firm, at a rally and press conference on the steps of the Dane County Courthouse Thursday morning.

“This is about the future of our democracy in Wisconsin and across the country,” Barnes said. “We know that unless these folks are held accountable, this could happen again.”

Biden won Wisconsin by more than 20,000 votes in the Nov. 3, 2020 election. That entitled him to the state’s 10 electoral votes, which were cast by the authorized 10 Democratic electors on Dec. 14, 2020. Altogether, Biden garnered 306 electoral votes after winning the national popular vote by a margin of more than 7 million votes cast.

But on the same day, in a scheme orchestrated by lawyers and advisors working with Trump, Republicans in Wisconsin and six other states that Biden carried declared themselves to be electors and met in secret to sign certificates handing the electoral votes of those states to Trump.

“They created and sent to Congress fake documents with the purpose of hijacking Wisconsin’s role in selecting the next U.S. President,” Barnes said. “By doing so they laid the foundation upon which the January 6, 2021, insurrection was built.”

Barnes and the other speakers called on Dane County District Attorney Ismael Ozanne to launch a criminal investigation of the fake electors scheme and its participants. 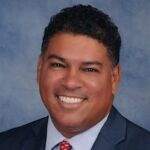 The Wisconsin Examiner called Ozanne and sent two follow-up email messages seeking comment from the DA, but did not receive a response. Ozanne emailed a statement to Madison TV station WISC, Channel 3000, that said he was aware of the rally and of “the request of certain groups in the community,” the station reported. He added: “We take issues of election integrity very seriously.”

“We’re deeply concerned that this type of behavior could be duplicated over and over again,” said Pastor Greg Lewis of Souls to the Polls, a Milwaukee voter engagement organization and among the participants in the press conference. “If we let this pass by, they’re going to continue to do things like this — but even worse, and we’ll have nobody to blame but ourselves.”

Madison Mayor Satya Rhodes-Conway contrasted the absence of any criminal punishment of participants in the fake elector scheme with the treatment of others who attempt to use illegal or fraudulent documents.

“A handful of people are prosecuted for this every year in our state, and they are treated harshly by our criminal justice system,” she said. “Why would we ignore that effort to reject the vote and overturn tens of thousands — no, millions of votes? … We cannot allow this to happen again.”

Law Forward first wrote to Ozanne Feb. 15, 2022, to request the investigation, submitting various documents to support its argument. At Thursday’s rally and press conference reiterating that call, Barnes said findings made public over the last several weeks by the U.S. House committee investigating the insurrection have made the need for a local criminal investigation still more crucial.

If we let this pass by, they’re going to continue to do things like this — but even worse, and we’ll have nobody to blame but ourselves.

One of those findings, she said, was about the involvement of Sen. Ron Johnson (R-Wis.) in trying to transmit the fake electoral votes to Vice President Mike Pence. The riot took place on the day Mike Pence and Congress met to formally certify the election results.

The U.S. Justice Department is investigating the sham electors scheme, Barnes noted. Law Forward is also suing the 10 Wisconsin participants along with two lawyers who aided them.

“This is the first civil lawsuit in the nation filed against fraudulent electors,” Barnes said, “but we must use the full set of tools available to hold bad actors accountable.” In an interview, she said that while the federal justice department would focus on violations of federal law, “it’s also important that we hold these folks accountable here in Wisconsin for any violations of state law.”

At the rally, Barnes said the Dane County prosecutor should follow the example of prosecutors in Fulton County, Georgia, where a grand jury is investigating whether Trump and his associates violated Georgia election laws as Trump attempted to persuade Georgia’s secretary of state to reverse Biden’s win there.

“We cannot allow this brazen behavior, this idea that political actors can usurp the role of voters, to become a regular feature of our elections,” Barnes said.

Madison County DA on seeking the death penalty: “The focus is on the pain and suffering of the victim”