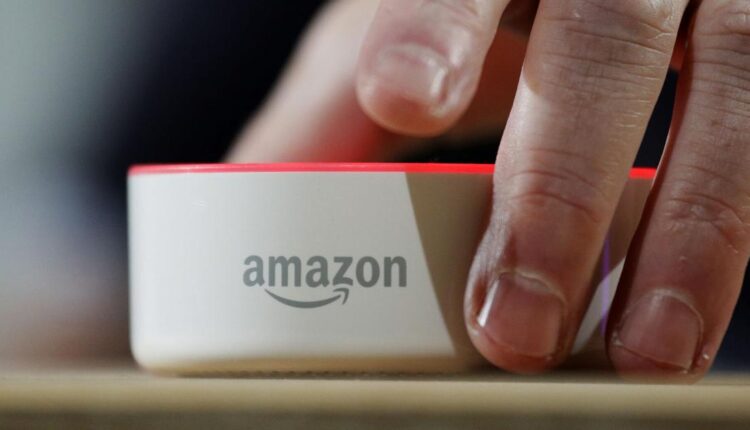 NEW YORK (AP) — Amazon returned to profitability over the summer after two consecutive quarters of losses, but its stock fell sharply in after-hours trading due to weaker-than-expected revenue and disappointing projections for the current quarter.

The company on Thursday reported revenue for the three months that ended Sept. 30 of $127.1 billion, boosted by Amazon’s Prime Day, a major sales event for dues-paying Prime members that was pushed back to July this year from June the year before. That helped fuel Amazon’s revenue growth of 15% over last year, an improvement from the prior two quarters when revenue grew by only 7% — the slowest in nearly two decades.

Still, those numbers came in short of forecasts by analysts surveyed by FactSet, who were expecting third-quarter revenue of $127.4 billion.

Amazon said it expects revenue for the fourth quarter to be between $140 billion and $148 billion, growth of between 2% and 8% compared with the same time last year. The company said the guidance anticipates an unfavorable impact from fluctuations in foreign exchange rates. Analysts were expecting $155.1 billion in revenue.

“People’s budgets are tight, inflation is still high, and energy costs are an additional layer on top of that,” Amazon’s Chief Financial Officer Brian Olsavsky said during a media call. “We are preparing for what could be a slower growth period.”

Overall, retailers have been feeling skittish about the holiday shopping season and are offering more deals to clear out their inventories and lure in budget-conscious consumers dealing with high inflation.

Amazon, along with other retailers, kicked off its holiday shopping season earlier this month, offering major discounts for its Prime members for the second time this year. But the Seattle-based company’s weak forecast for the fourth quarter indicates that it expects things to get tougher, said Neil Saunders, managing director at GlobalData Retail.

“In our view, this negative sentiment overshadows the current trading figures,” Saunders said.

The e-commerce behemoth said it made a profit of $2.9 billion, or 28 cents per share, for the three-month period that ended on Sept. 30. Those numbers still represent a 9% decline from the same period a year ago. And it was aided by a pre-tax gain of $1.1 billion from Amazon’s investment in the electric vehicle start-up Rivian Automotive. Amazon’s operating income, which measures revenue after subtracting costs, fell by nearly half.

The retail giant’s results mimic those of other companies this week as the economy becomes tougher to navigate with high inflation and rising interest rates.

On Tuesday, Alphabet, the parent company of Google and YouTube, missed revenue expectations as advertisers pulled back their spending over fears about a potential recession. Microsoft posted a drop in profits amid weak computer sales.

And Meta, which owns Facebook and Instagram, reported a decline in revenue for a second consecutive quarter amid its own ad slump and concerns about whether the company is spending too much money on its idea of ​​a metaverse. Both YouTube and Meta are also facing more competition from TikTok.

Diverting from the trend, Amazon says its own advertising business grew by 25% in the third quarter. Its AWS cloud business, another profitable unit, pulled into $20.5 billion, a 27% jump from a year ago. But its growth has also slowed.

Aided by Prime Day, revenue from online sales grew 7%. But Amazon’s retail business, which was growing robustly during the early days of the pandemic, has slowed considerably since then, causing the company to sublet, cancel or delay warehouses it had planned to open in different parts of the country.

The company is also cutting costs by axing some of its projects, such as Amazon Care and the online store fabric.com, and has implemented a hiring freeze on the corporate side of its retail business.

“Like most companies, we’re going to be very careful in our hiring,” Olsavsky said.

The business news you need

Get the latest local business news delivered FREE to your inbox weekly.