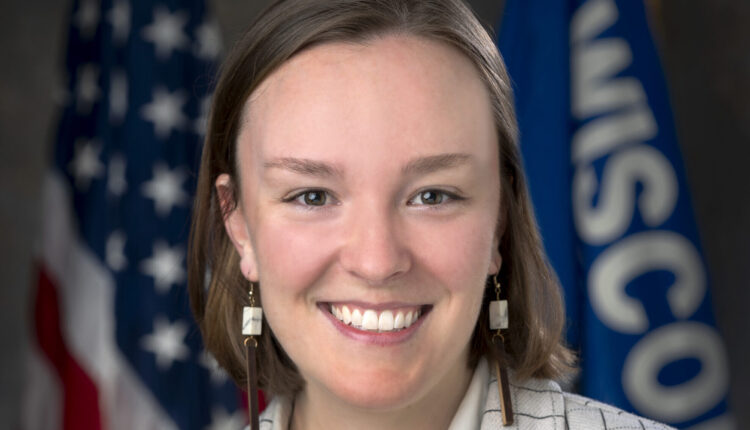 “The cycle was very difficult, but we have won a hard fought victory and prevented illegitimate, undemocratic, single party control in Wisconsin,” Neubauer said in her address to the caucus.

Neubauer, 31, will lead a smaller caucus of 35 members this term. Democrats lost three seats to Republicans during elections this month, losses that Neubauer attributes to Republican partisan gerrymandering in Wisconsin. The maps used this election cycle were created by the Republican-led Legislature, giving them an advantage as some districts were drawn to favor Republican candidates.

Gov. Tony Evers’ reelection and Republicans’ failure to gain a supermajority in the Assembly despite gerrymandering — a feat that would have allowed them to overturn Evers’ vetoes —  represents a win, according to Democrats, and maintains Wisconsin’s split government status for the coming session.

“We know the obstacles that we will face in the coming year, but we will hold the Republicans accountable for their efforts to subvert the will of the people,” Neubauer said. “We will promote a visionary, inclusive policy agenda that shows that government can and must be a force for good in Wisconsin. We’ll continue to work alongside our neighbors who have too often been ignored and do everything that we can to advance policy that allows people across Wisconsin, regardless of where they live, their background, their ethnicity, their income to thrive. We’ll move forward as a strong and unified caucus.”

Neubauer, first elected to the Assembly during a 2018 special election, took up the position of minority leader earlier this year. She ran unopposed to succeed former Rep. Gordon Hintz (D – Oshkosh), who stepped down from the leadership position in January and decided not to run for reelection.

Haywood, 23, was first elected to the Assembly in 2018 as the youngest lawmaker in the state. He took up the assistant minority position when Rep. Dianne Hesselbein (D-Middleton), who was recently elected to the state Senate, stepped down.

Haywood told the caucus that he looks forward to working with the other members so they can “protect the veto and also protect Wisconsin, protect the people that we represent and make sure the policies that are being passed in the Legislature reflect what the people of Wisconsin actually want to see.”

Assembly Democrats are looking ahead to the coming session where issues that will be at the center of debate include what to do with the $5 billion state budget surplus and whether to amend Wisconsin’s 1849 abortion ban.

“Alongside Gov. Evers and Senate Democrats, we can use the new session to chart a path forward towards a more representative government,” Neubauer said. “We can craft policy that will change Wisconsinites’ lives for the better and do everything we can to work with our colleagues across the aisle to pass it into law.”

Assembly Republicans reelected Speaker Robin Vos (R – Rochester) during a closed caucus session last week. He has said that he would be open to discussing policies with Democrats this session including finding a compromise on school funding.