Barnes explains decision not to join President Biden in Milwaukee 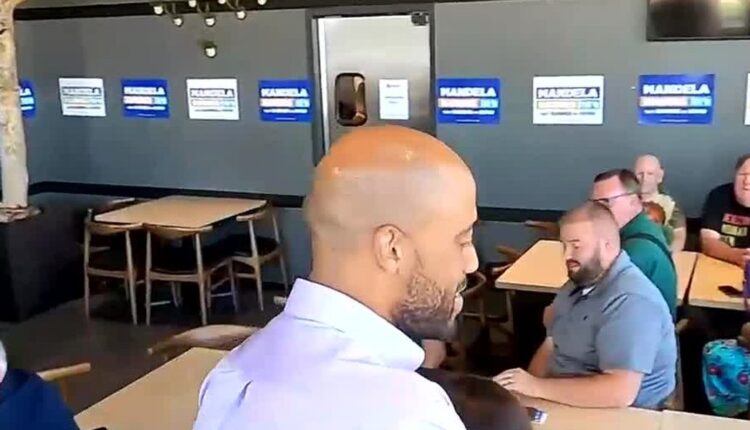 GREEN BAY, Wis. (WBAY) – Monday, Labor Day, President Biden was in Wisconsin but one Democratic candidate who wasn’t on stage for the speech was Lt. gov. Mandela Barnes, who’s running for Republican Ron Johnson’s seat in the US Senate. Tuesday, Barnes was in Green Bay, where he explained his decision.

Barnes met with union leaders and supporters in Green Bay.

“Well, we had a pretty packed schedule having to get around the state. I’m really grateful he’s shown his support for the labor movement in Wisconsin,” Barnes said.

Johnson’s campaign was also represented in Green Bay, with a campaign senior advisor outside Barnes’s event.

“Senator Johnson works his tail off and is somebody who isn’t afraid to put in the hard work and quite frankly isn’t afraid to answer tough questions, either,” Ben Voelkel said.

It’s a preview of what Wisconsin voters can expect during the nine weeks left until election day. Recent polls show Barnes has a slight lead over Johnson.

While a land of agricultural plenty, Wisconsin has plenty of food deserts

Organ Transplants Are Up, but the Agency in Charge Is Under Fire