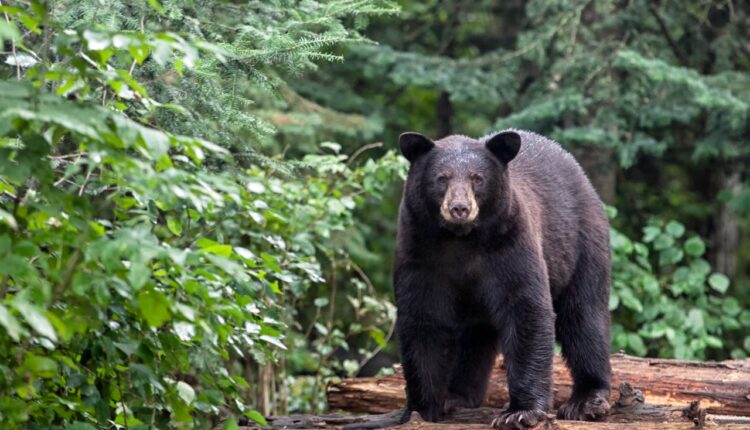 COLORADO SPRINGS, Colo. (KDVR) — A bear and a motorcycle collided on a Colorado interstate Saturday, leaving the bear dead.

Colorado State Patrol received a call at 9:17 pm of a collision on I-25 northbound near mile point 156.

A motorcyclist collided with a bear that was on the interstate. Due to the crash, three lanes were blocked off while officers investigated.

The motorcyclist and a passenger that was on the bike were both injured. Both riders were transported to the hospital to be treated for non-life-threatening injuries.

The bear was killed on scene, Colorado authorities said.

Colorado Parks and Wildlife said their officers responded after the crash to retrieve the bear carcass.

The agency is reminding everyone to expect aggressive behavior from wildlife this time of year as mothers defend their young.

As the weather begins to warm up, bears are starting to emerge from hibernation and are bringing their babies out into the world. Breeding season for black bears begins in June.

CPW is reminding Coloradans to never feed bears or cubs. Bears can smell food for miles, even if it is locked in a car.

They also ask all drivers on big interstates to pay extra attention to wildlife wandering on the roads from dusk to dawn. To avoid a collision, drive slowly and scan ahead for any movement along the roadway.