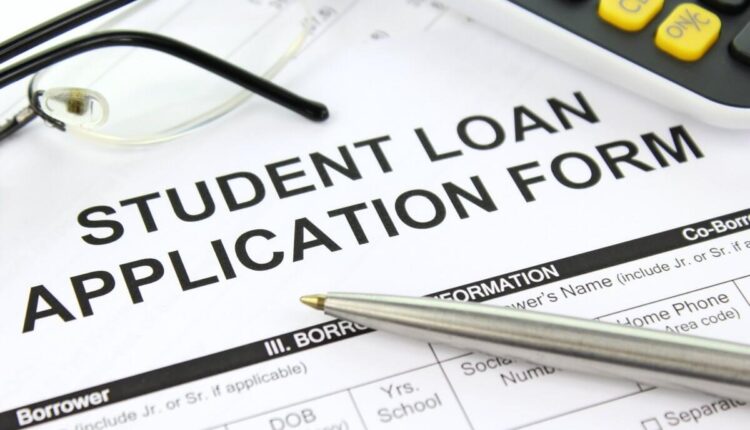 WASHINGTON — Late Thursday a federal judge in Texas struck down the Biden administration’s student debt relief plan, ruling that the program is unlawful, in a blow to 16 million student debt borrowers already approved for relief.

The U.S. Department of Education now is no longer accepting applications for the program, according to the student aid federal website.

“Courts have issued orders blocking our student debt relief program,” according to the website. “As a result, at this time, we are not accepting applications. We are seeking to overturn those orders.  If you’ve already applied, we’ll hold your application.”

In Fort Worth, U.S. District Judge Mark Pittman, an appointee of former President Donald Trump, in his 26-page judgment called the program an “unconstitutional exercise of Congress’s legislative power” and ruled in favor of two borrowers, backed by a conservative advocacy group, who brought the challenge.

The Department of Justice has already filed an appeal of the ruling, White House press secretary Karine Jean-Pierre said in a statement.

“The President and this Administration are determined to help working and middle-class Americans get back on their feet, while our opponents — backed by extreme Republican special interests — sued to block millions of Americans from getting much-needed relief,” Jean-Pierre said.

She added that the Department of Education will continue to hold onto the information of student debt borrowers who applied for the program — about 26 million — so the department “can quickly process their relief once we prevail in court.”

Of those 26 million borrowers who applied for the program that launched in October, 16 million have been approved, she said.

The debt relief program was initially halted by an appeals court in late October following an emergency request from six Republican-led states who argued that the president does not have the authority to wipe out debt, and it should be left to Congress to make that decision. The court is considering the request by the states for an injunction.

That lawsuit was filed on behalf of Republican Iowa Gov. Kim Reynolds, and by Republican attorneys general in Nebraska, Arkansas, Missouri, South Carolina and Kansas.

Since the White House’s announcement of the program last month, there have been multiple challenges to it.

The plaintiffs in Thursday’s case argued that the Biden administration did not follow the proper rule making procedure and was unlawful.

The conservative advocacy group that backed the plaintiffs is the Job Creators Network Foundation, which was founded by billionaire Bernie Marcus, who also co-founded Home Depot.

Elaine Parker, the president of Job Creators Network Foundation, said in a statement that Thursday’s ruling “protects the rule of law which requires all Americans to have their voices heard by their federal government.”

“This attempted illegal student loan bailout would have done nothing to address the root cause of unaffordable tuition: greedy and bloated colleges that raise tuition far more than inflation year after year while sitting on $700 billion in endowments,” Parker said.  “We hope that the court’s decision today will lay the groundwork for real solutions to the student loan crisis.”

One of the two plaintiffs, Myra Brown, had a business loan forgiven through the Biden administration’s Paycheck Protection Program. She owns the Texas business Desert Star Enterprises Inc, which was granted a $48,000 loan, where $47,996 was forgiven on April 27, 2022.

Under the Biden administration’s plan, student loan borrowers can qualify for up to $10,000 in loan forgiveness, while the recipients of Pell Grants can apply for up to $20,000 in debt relief. The program is intended to assist borrowers who, in 2021, earned no more than $125,000 per year, and couples who earned up to $250,000 per year.

The non-partisan Congressional Budget Office in September found that as of June, the White House’s debt forgiveness program would eliminate about $430 billion of the $1.6 trillion of student debt. The report in June preceded another increase in the total debt to $1.76 trillion.

The Texas federal judge, Pittman, wrote in his opinion that “[w]hether the Program constitutes good public policy is not the role of this Court to determine.”

He determined that the student loan debt forgiveness program was one of the “the largest exercises of legislative power without congressional authority in the history of the United States.”

Pittman said that the HEROES Act did not grant the approval of the $400 billion student loan forgiveness program.  The Biden administration relied on the 2003 HEROES Act while enacting its debt relief program, because that law provides loan assistance to military personnel.

“In this country, we are not ruled by an all-powerful executive with a pen and a phone. Instead, we are ruled by a Constitution that provides for three distinct and independent branches of government,” Pittman wrote.

Another lawsuit filed against Biden’s student loan forgiveness program has been dismissed due to lack of standing.

The Brown County Taxpayers Association, a Wisconsin organization that advocates for conservative economic policy on behalf of its members, brought an emergency request to block the program to Justice Amy Coney Barrett — who is assigned to the 7th Circuit Court of Appeals — but was denied.

A federal district court in Missouri threw out the case by the six Republican-led states that argued the Biden administration violated the Administrative Procedure Act by not adhering to the proper rule making process.

U.S. District Judge Henry Autrey, an appointed judge of former President George W. Bush, of the Eastern District of Missouri issued a 19-page ruling that declared those states didn’t have legal standing to sue the Biden administration over its student debt cancellation program, despite the “important and significant challenges” they have raised in the case.

In Autrey’s decision, he seemed to agree with attorneys from the Biden administration that a potential loss of tax revenue in the future did not give the states enough standing to sue.

“It is hard to make a cake if you don’t have a pan to put that cake in,” Autrey said during oral arguments. “That pan is standing. It doesn’t matter if you have all the ingredients.”

But GOP states brought a successful emergency request to the 8th Circuit Court of Appeals, asking the federal appeals court to block the Biden administration’s plan from rolling out until the court ruled on the emergency request from the GOP state’s legal challenge.

Following the Texas judge’s decision, the Student Borrower Protection Center, an advocacy group that focuses on relieving student debt, called on the Biden administration to extend the pause in student loan payments, which is set to end Jan. 1, 2023. The pause was set in place in early 2020 by the Trump administration due to the pandemic.

“The devastating result of this court’s decision today is that tens of millions of student loan borrowers across the country now have their vital debt relief blocked as a result of this farcical and fabricated legal claim,” SBPC deputy executive director and managing counsel Persis Yu said in a statement. “The Biden Administration cannot now resume payments. It must use all of its tools to fight to ensure that borrowers receive the debt relief they need.”

Madison County Superintendent to serve on AHA council board

KCHC’s Silver Lake Clinic has expanded hours for medical, dental and behavioral services – West of the I