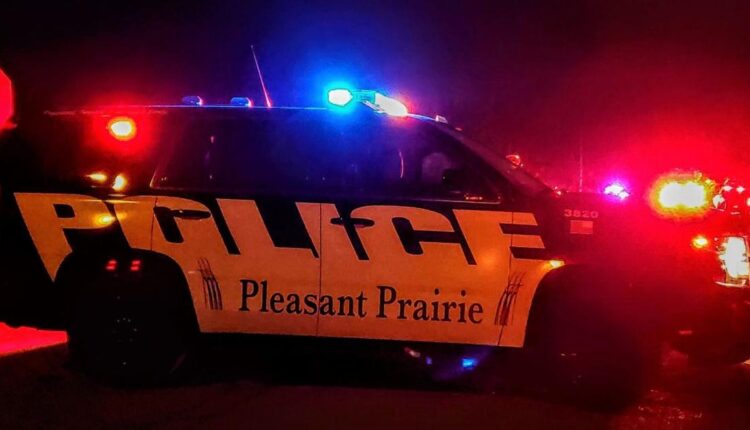 PLEASANT PRAIRIE — A speeding car and the smell of marijuana led to the discovery of a loaded firearm in the vehicle in which police later arrested a 22-year-old Kenosha man Monday night.


The man was taken into custody following what began as a traffic stop at 6:47 pm in the 9000 block of Sheridan Road, according to Sgt. Zach Dutter of the Pleasant Prairie Police Department. Police recommended charges of possession of marijuana, possession of drug paraphernalia and carrying a concealed weapon without a permit against the man. He was also cited for speeding.

In this security footage, a group of shoplifters rush in and grab coats and other clothing items from a Premium Outlets store in July of 2019 before rushing out of the building. The group initially got away with an estimated $30,000 in merchandise. All were later arrested, however, with some now in prison or facing prosecution. Suspects in the video were identified and caught, in part, because the video went viral.

During the traffic stop, officers noticed a “strong odor of marijuana” coming from the vehicle, Dutter said. Upon searching the vehicle officers located marijuana and atop the marijuana they also found a loaded hand gun for which the suspect did not have a concealed carry license.

Prior to the stop, police recorded the driver’s vehicle traveling 61 mph in a posted 45 mph speed zone. He was arrested without incident, Dutter said.


Eric James Bergstrom36, of Kenosha, faces charges of neglecting a child (harm did nor occur and child is under 6 years of age or has a disability), possession of narcotic drugs, possession of cocaine, and possession of drug paraphernalia.


John James Hix-Peden31, of Kenosha, faces charges of probation and parole, and possession of marijuana (2nd+).


Kelean Kraintz27, of Kenosha, faces charges of probation and parole, and bail jumping.


Darius Elijah Martin28, of Kenosha, faces charges of bail jumping, possession of drug paraphernalia, and operating while under the influence (1st offense, with a passenger under 16 years old).


Shaval James Powell19, of Racine, faces charges of possession with intent to deliver cocaine (between 5-15 grams), bail jumping, resisting or obstructing an officer, and possession of marijuana.


Dequane Ledarius Price26, of Pleasant Prairie, faces charges of bail jumping, battery or threat to judge/prosecutor/officer, and possession of marijuana.

An Unexplained Injury Discovered After Eye Surgery. What Should Happen Next?