Billions are to be used to increase battery tech, manufacturing in US as a result of Biden bipartisan legislation 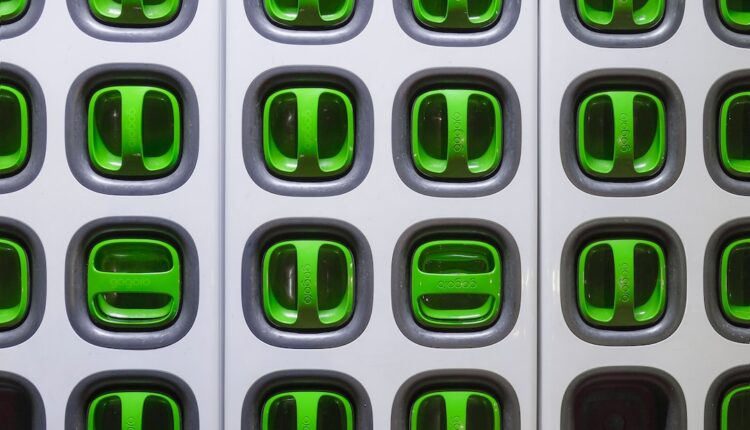 The Biden-Harris Administration, through the U.S. Department of Energy (DOE) today announced the first set of projects funded by the President’s Bipartisan Infrastructure Law that will expand the manufacturing in the United States of batteries used to power electric cars (EVs) and for the electrical grid, as well as for the components that are which are imported from countries other than the United States. Twenty companies will get an aggregate of $2.8 billion to build and expand commercial-scale facilities in 12 states in order to mine and transform lithium, graphite , and other battery materials, manufacture components, and demonstrate different methods of manufacturing, which include components from recycled materials. The Federal funding will be shared by the recipients, resulting in the total amount to more than $9 billion, which will help boost American manufacturing of renewable energy technologies, generate good-paying employment opportunities, and further assist President Biden in achieving his national objectives for electric cars to be a major component of new vehicle sales before 2030, as well as transition to a net-zero emissions economy by 2050.

“This is truly a remarkable time for manufacturing in America, as President Biden’s Agenda and historic investments supercharge the private sector to ensure our clean energy future is American-made,” stated U.S. Secretary of Energy Jennifer M. Granholm. “Producing advanced batteries and components here at home will accelerate the transition away from fossil fuels to meet the strong demand for electric vehicles, creating more good-paying jobs across the country.”

While the plug-in EV sales have doubled since President Biden took office, the U.S. depends on foreign sources for many of the modified versions of crucial minerals needed to produce EV batteries. Since the beginning of his presidency Biden-Harris’ administration has taken swift action to establish a secure and sustainable battery supply chain. Today’s announcement of grants is a crucial the next step in this strategy. The grantees announced today will include U.S. processing and reuse of vital minerals that will support manufacturing in the United States. A sustainable and environmentally responsible source of the critical materials used in the production of lithium-ion batteries – such as cobalt, lithium, graphite and nickel–will improve the American supply chain, accelerate battery production in order to meet the growing demands, and ensure our nation’s competitiveness in the economy, energy independence, and national security.

The funds for selected projects will support:

DOE assessed applications based on their the technical merits of each application and their contribution in boosting American production of advanced battery elements, as the applicants’ pledges to bring benefits to the community and its workers. Companies submitted plans for engagement with local stakeholders, Tribal nations, environmental organizations, as well as labor unions in order to ensure that the projects generate high-quality employment that promote diversity, equity inclusiveness, accessibility, and diversity; and contribute meaningfully towards the Justice40 initiative, which aims to give 40% of the benefit from federal investments in clean energy to disadvantaged and underrepresented communities.

The 20 firms that were selected, five of them will build new facilities within communities with low incomes as well as 15 at locations close to communities that are disadvantaged. Six announced projects are establishing goals to recruit people from communities that are disadvantaged to permanent positions, while thirteen of them have pledged to sign Workforce and Community Agreements. The agreements focus on collaborating with hosts as well as labor unions or Tribal entitiesto come to an agreement on benefits for the community and to implement plans. The two projects that have been funded have collective bargaining agreements for continuous production and construction jobs, and an additional nine projects have pledged to non-union labor, with two projects already working on Project Labor Agreements with unions representing their workers.

The grantees will recruit workers from a variety of unions, including industrial and construction. 15 of the projects work with minority-serving institutions, such as Historically Black Colleges and Universities (HBCUs) in order to employ as well as train their employees. The facilities that are being renovated and upgraded that are funded by these grants are expected to cumulatively support more than 8,000 jobs, which includes 5,000 permanent positions.

The money announced today is the initial phase of $7 billion total, which was made available by President’s Bipartisan Infrastructure Law that will strengthen the battery supply chain in the United States through supporting the upstream processing of materials in order to produce the raw materials that are used in batteries. DOE anticipates moving quickly on additional funding opportunities to continue to fill gaps in and improve the battery chain of supply.

The DOE’s Office of Manufacturing and Energy Supply Chains (MESC) is responsible to strengthen and secure the supply chain for energy and manufacturing needed to modernize the nation’s energy infrastructure and support the clean and fair energy transition. MESC will oversee the portfolio of projects supported by DOE’s Office of Energy Efficiency and Renewable Energy’s Vehicle Technologies Office.

Additionally, President Obama announced the formation of the American Battery Material Initiative, an effort that aims to coordinate Federal investment and initiatives, domestic and international, in order to speed up the growth of the full end-to-end battery supply chain. This includes the critical minerals and materials that are required to achieve the goals of deployment and production. The Initiative is led by DOE, with support from The Department of the Interior, and work closely with the Partnership on Global Infrastructure and Investment and the Department of State to align and leverage dozens of programs and efforts throughout the Federal administration to aid and grow the battery supply chain, which includes resources through the Bipartisan Infrastructure Law as well as the Inflation Reduction Act. The Initiative will coordinate the efforts of both countries to speed up the process of obtaining permits for crucial mining projects and ensure it is the United States develops the resources that the nation requires quickly and efficiently way, and also strengthen Tribal consultation, engagement with communities and environmental regulations for building smarter, quicker, and fairer.

Don’t Be Fooled, Green Bay Isn’t Trading For Anyone