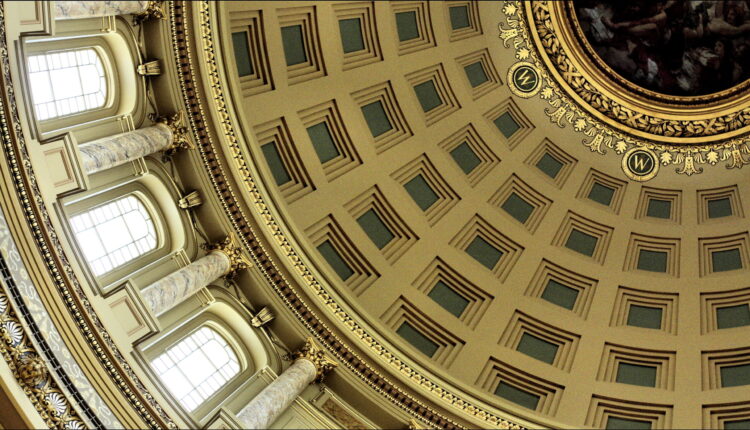 Ten potential bills have been developed so far to address more than a decade of sexual harassment and sexual assault allegations reportedly mishandled by the Wisconsin National Guard.

Allegations first surfaced in 2019, when Wisconsin U.S. Senator Tammy Baldwin asked the Air Force to investigate the 115th Fighter Wing’s Security Forces Squadron, based in Madison. Baldwin’s office had received a letter from Jay Ellis, a master sergeant in the security squadron, about six sexual harassment or sexual assault cases between 2002 and 2016 which high-ranking officials failed to address.

The National Guard bureau of the Department of Defense released a report later that year that found the “Wisconsin National Guard’s programs and systems for handling allegations of sexual assault, sexual harassment, and other workplace or service-related misconduct were non-compliant with federal law and regulation, and in various respects, deficient or failing.”

The legislative council study committee tasked with developing legislation to address the Wisconsin National Guard’s sexual assault and sexual harassment issues held its first meeting in August. Sen. Melissa Agard (D-Madison), who sits on the committee, said she has been impressed with the Wisconsin National Guard leadership, which has changed since the original reports came out in 2019, saying they were “refreshing” to work with.

“They are approaching, addressing the fact that everyone needs to know that they are safe when they go to work,” Agard said. “Everyone on the study committee and everyone that has come before us has been really earnest in knowing that we must come up with policies that ensure that this does not happen again.”

“​​One of the goals of these study committees has always been let’s bring people together and show them that they can do this work,” Agard said. “Is this going to be able to provide us an opportunity to carry this type of work ethic and these relationships forward into other policy work within the Capitol building as well? …I do think that there are possible other positive side effects of these study committees as well.”

The Wisconsin Examiner reached out to Kurtz and Wimberger but neither was available for an interview.

The draft bills were presented to the committee on Nov. 17. The bulk of the bills address discrepancies between the Wisconsin Code of Military Justice (WCMJ) used by the Wisconsin National Guard and the Uniform Code of Military Justice (UCMJ) which is used by all national uniformed military branches, some of which have made it more difficult for sexual assault victims to receive justice under Wisconsin’s code.

For example, under the Wisconsin code, “wrongful sexual contact” is not an offense unto itself, and would need to be coupled with another charge for prosecution. The national, uniform code  used to be the same but was updated in 2017. Several of the draft bills  would update Wisconsin’s military code to bring it into alignment with the national code.

Other bills would require the Department of Military Affairs to inform the Legislature about substantial  changes to the national military criminal codes, so the Legislature could make updates to Wisconsin code  as needed; prohibit certain behaviors from officials in positions of power over trainees and recruits; update legislation on retaliation for reporting sexual assault and sexual harassment; lay out pre-trial, trial, and post-trial procedures, and more.

A few of the bills would also address the Wisconsin National Guard’s processes for reporting and tracking sexual assault and sexual harassment cases, including spelling out the rights of victims. The current process involves a paralegal compiling reports from commanders of cases reported in their units into a spreadsheet.

Agard asked Col. Douglas H. Moore, judge advocate of the Wisconsin National Guard’s department of military affairs, if there was any security risk of the information falling into the wrong hands. Moore said the emails are encrypted, the spreadsheets are monitored, and access to the physical files is limited.

Jacob Curtis, assistant staff judge advocate at the 115th fighter wing, said the process was good because all the data was available and easy to read but maintaining it was “very time intensive.”

The draft bills include legislation to update the Guard’s system for compiling and tracking cases and to require the Guard to compile an annual report for the governor’s office that compares data with previous years’ reports, the ranks of those involved in cases, and the outcomes.

“I do plan on reaching out to them and providing them the opportunity to provide me feedback,” Agard said. “So that when we meet again at our next committee meeting, hopefully I will be able to bring some of their voices to the table as well.”