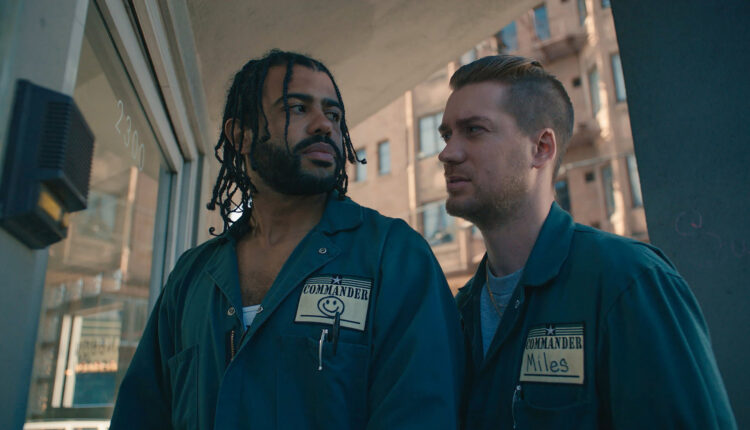 Plus more events we recommend checking out in Madison, September 5 through 11 edition.

A few notes: This events roundup is, as before, selective and not comprehensive. Each week, we’ll focus on a handful of things our editors and writers find compelling, and that’s it. We’ll write up a few of them, and just list a few more. It’ll take us a while to get back to full strength with this part of our coverage, because we’ve had so many other exciting, demanding things to work on lately. Please reach out to us with suggestions—and info about your event, as long as you’re able to get it to us a few weeks in advance—at [email protected].

No one needs to relive the relative absence of live, in-person music that took place during COVID’s first year and a half. For some of us, present company included, losing that particular routine was immensely draining. PUP’s current tour, aptly titled Thank Fucking God (the Sylvee’s censored marketing version be damned), feels especially potent as an antidote to those times. And not just because my lifeline for live music over that period largely consisted of repeatedly watching PUP’s Live In The K-pit. That particular video capture easily stands as one of the most immersive live documents I’ve found for my preferred show setting: crowded, sweaty dive bars with wildly high levels of crowd reciprocity.

Live In The K-Pit also serves as a reminder of the last time I saw PUP, a 2016 show at Minneapolis’ 7th St. Entry in which I wound up clinging onto a stage PA while trying to maintain balance to film, ultimately getting nearly choked out by a showgoer swept up in a mosh pit who grabbed the back collar of my shirt for support. At the end of that set, the band had to help organize a lost-and-found swap for broken glasses and missing shoes among the several audience members who wound up missing personal effects. Even though some of those items proved unrecoverable, the elation among the bruised, exiting crowd was palpable, thanks to a characteristically blistering show capped off by PUP’s raucous headlining set.

To my ears, PUP is one of an exceedingly small handful of punk acts who could challenge for the best discography of the past 10 to 15 years but their recorded output still doesn’t quite match their electric live show. If anyone needs more proof of either claim, a Sylvee show where the openers are also reliably excellent live acts (Palehound and The OBGMs) should be a solid way to find out. —Steven Spoerl

Carlos López Estrada’s welcome debut, in collaboration with co-writers and co-stars Daveed Diggs and Rafael Casal, feels a lot like a feature-length version of the first season of the FX series Atlanta (but in Oakland here), as it challenges systemic societal problems like wealth inequality, racial profiling, and masculine posturing with a sharply humorous and humane narrative.

While Blindspotting’s more heavily scripted encounters begin to amass in the latter helped, pulling attention away from the indisputable chemistry between Diggs and Casal (as longtime best friends Collin and Miles, respectively), the film continues to characterize the co-stars’ charisma with impressive hip hop freestyle. They feel so authentically impromptu and energetic, even when tied to the less thrilling narrative framework.

Given the aforementioned allusion to Atlanta, Estrada’s film was fittingly adapted for a TV series of the same name with executive producers Diggs and Casal returning. Premiering on Starz in June of last year, it expands upon the experiences and agency of Ashley (Jasmine Cephas Jones), Miles’ partner in this original film; and a second season is set to premiere next month.

Madison band Venus In Furs hosts this annual outdoor potluck of feisty music and family-friendly slopes. This year’s 11-band lineup includes Madison duo Mhos & Ohms (6:40 pm), who released a new album, Crypsis, in August. Drummer-vocalist Tony Leskinen and guitarist Jeremiah Wunderlin churn up a bleak yet atmospheric take on post-punk, resourcefully layering guitar figures to create a sense of itchy unease on “Stream of Misery.” There are welcome reminders of Unwound in the eerie syncopated attack of closing track “Tried To Solve,” leaving plenty of room for the dissonance to ring out under Leskinen’s harsh-edged vocals. Other sets throughout the day include VIF (4:40 pm), Cats On Leashes (2 pm), and Sons Of Atom (5:20 pm). —Scott Gordon

Excerpt from Lewis Peterson’s review: Little Murders (1971) has its origins in a play written by Jules Feiffer, who started his career as a cartoonist for The Village Voice in the mid-1950s, but later branched out into plays and screenplays. As to Feiffer’s motivations for writing Little Murders, he cited an annoyance with formulaic Broadway hits flourishing while the shows he enjoyed usually closed in a week. In response, he wrote something that played on a typical “meet the parents” scenario, exaggerating everything about typical “family values” entertainment to create something darkly comedic, thumbing his nose at the entrenched ’50s values ​​that young ’60s radicals were regularly challenging in many arenas. The original 1966 theatrical production of Little Murders, also starring Gould as Alfred, closed in a week, of course.

Feiffer’s comedic sensibility draws on his comic-strip instincts. The scenes are somewhat self-contained and punchline-heavy, hewing close to the jovial mean-spiritedness of something like James Thurber or Charles Addams but with a more political bent. Despite the film being released over 50 years ago, Feiffer’s jokes are often still pertinent to a modern audience; though, sometimes the exaggerated versions he presents have long since been overtaken by contemporary reality.

Chicago jazz bassist Ethan Philion and collaborators play here behind the new release Meditations On Mingus, which revisits eight of bassist-composer Charles Mingus’ compositions in all their elaborate detail and bristling grandeur. The album focuses on Mingus works that make the most overt references to struggle and social injustice, opening with “Once Upon a Time There Was a Holding Corporation Called Old America.”

Philion leads a 10-piece band that includes: trumpeters Russ Johnson and Victor Garcia, saxophonists Rajiv Halim, Geof Bradfield, and Max Bessesen, trombonists Norman Palm and Brendan Whalen, pianist Alexis Lombre, and drummer Dana Hall. The ensemble is not only up to the technical quirks of Mingus as a composer—his penchant for pushing instruments outside of their usual pitch range, jaggedy swarms of criss-crossing trumpet, trombone, and sax phrases—but also inhabits the beauty and fury that make the work feel so powerful and fresh today.

As bassist and bandleader, Philion admirably pulls off challenges like the introductory solo to “Hatian Fight Song,” and closes things on a note of joy with “Better Git It In Your Soul,” the opening track of 1959’s beloved Mingus Ah Um. The most dazzling feat here, though, is the 15-minute “Meditations for a Pair of Wirecutters,” on which a flurry of tricky horn arrangements occasionally pull back for expansive solos from Lombre and Philion. In person at a smaller venue like North Street Cabaret, this ensemble will likely make an even more palpable connection between Mingus’ extraordinary work and the rage and tumult we’re living through now. —Scott Gordon

Kenosha County chairman: Evers failed Kenosha during the 2020 riots he needs to be voted out | Columnists