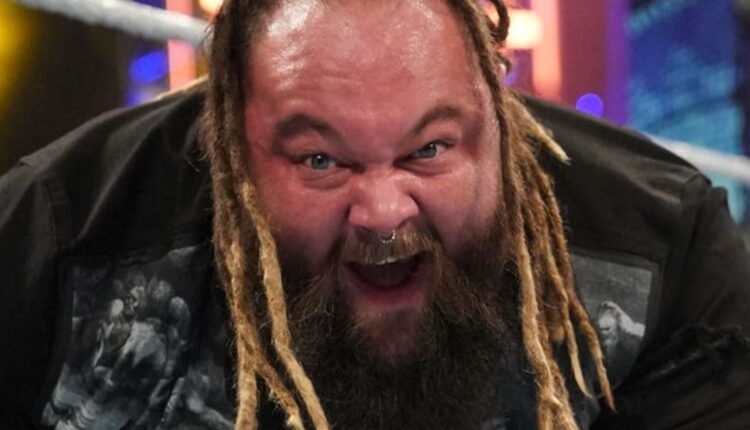 In a surprising turn of events, Bray Wyatt made his long-awaited comeback to the squared circle at a WWE live event in Madison Square Garden Monday night.

According to PWInsider, Wyatt answered an open challenge from Jinder Mahal, who expressed disappointment over not being included in a ladder match for GUNTHER’s Intercontinental Championship scheduled for later in the night.

Wyatt reportedly came out “to a huge pop” as fans in New York City serenaded the former Universal Champion with “this is awesome” chants. In a quick bout, the two competitors battled for a bit on the outside until Wyatt finished off Mahal in the ring with a Sister Abigail.

A few highlights from Wyatt’s in-ring return can be seen below.

This was Wyatt’s first taste of in-ring action since his loss to Randy Orton at WrestleMania 36.

Since returning to WWE at October’s Extreme Rules, Wyatt has been in a battle with himself, leading to his run-ins with Uncle Howdy and most recently LA Knight. This past Friday on “WWE SmackDown,” Wyatt abruptly attacked a cameraman while addressing Uncle Howdy’s first in-person appearance on December 16, which seemingly confirmed that the mysterious figure was not Wyatt’s alter ego – in the same vein as The Fiend.

On a related note, WWE is advertising the first-ever “pitch black match” for the upcoming Royal Rumble premium live event, with the video including several hints that the match is being held for Wyatt. It appears Wyatt could settle his ongoing issues with LA Knight in the gimmick match.

Meanwhile, Monday’s MSG house show – featuring superstars from the “WWE SmackDown” brand – began with Sheamus & Ridge Holland defeating Imperium in a hard-fought match. As noted earlier, Monday’s “WWE Raw” recapped the best moments of 2022 and did not include any live segments or matches.