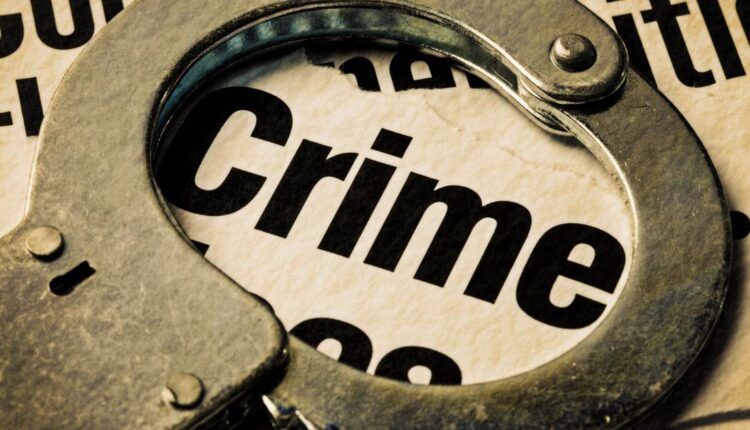 Michael A. Kubiak was charged in Kenosha County Circuit Court Thursday with felonies of burglary of a building or dwelling, theft of moveable property valued over $5,000 and possession of burglary tools.

Kubiak’s initial appearance at Intake Court is set for next month.

The vehicle had Illinois plates and was registered to a Buffalo Grove woman who advised that her son, identified as Kubiak, drives the vehicle and that she does not know why he would be in Kenosha, according to the complaint.

The sheriff’s deputy found the vehicle locked and with a wallet inside in plain view. The deputy then observed a male subject some 200 yards away walking toward him. The man was identified as Kubiak.

Kubiak reportedly claimed he lost his wallet and was attempting to locate it at Black OPS Airsoft, 8025 128th Ave. The deputy then told the Kubiak there was a wallet in the vehicle.

The deputy and Kubiak went to the airsoft field and spoke with the owner who advised he discovered one of the buildings on the property used for fixing broken airsoft guns was broken into and multiple airsoft guns were taken from inside.

On the south side of the building in question there a window air conditioner was ripped from the window and on the ground in pieces. The owner estimated more than 20 airsoft guns that belonged to the owner and other customers were missing. A security system on site also indicated the alarm was tripped at 12:20 am

Kubiak eventually told the deputy he went to the airsoft field to steal fenders from an old BMV that was on site and drove to the field with a bag of tools to steal the fenders, according to the complaint.

He allegedly parked his vehicle where he knew there would be no video surveillance and walked to Black OPS Airsoft. When he failed to remove the fenders with his tools because the screws were stripped Kubiak “admitted that since he was already there he thought he would make the trip worthwhile by stealing some airsoft guns.”

Kubiak allegedly entered the building in question by crawling through a window that housed an air conditioning unit and then selected whatever guns he could find and placed them bags he brought with him.

However, in the process of removing the airsoft guns Kubiak said he was spotted by a security camera and decided to leave everything in a pile near the BMW and walk back to his own vehicle and leave when he was spotted by the deputy.

CHICAGO (AP) — Days after a rooftop gunman killed seven people at a parade, attention has turned to how the assailant obtained multiple guns and whether the laws on Illinois books could have prevented the Independence Day massacre.

Illinois gun laws are generally praised by gun-control advocates as tougher than in most states. But they did not stop Robert E. Crimo III from carrying out the attack in the Chicago suburb of Highland Park.

One focus is on the state’s so-called red-flag law, which is intended to temporarily take away guns from people with potentially violent behavior. Nineteen states and the District of Columbia have such laws.

Here’s a look at Illinois’ red-flag and gun-licensing laws, and whether they could have been applied to Crimo:


What is Illinois’ red flag law?

The law, which took effect on Jan. 1, 2019, authorizes judges to order the temporary removal of firearms from people deemed a danger to themselves or others by a judge, according to an explanation of the law by the Illinois Criminal Justice Information Authority, a state agency.

The law is separate from domestic violence restraining orders and laws that mandate reporting of certain behavior by some professional, such as teachers.


Did Crimo ever display the kind of behavior meant to activate the law?

It appears that he did. But it isn’t clear just who knew about it and when, and whether law enforcement agencies took the behavior seriously enough.

Less than three years ago, police went to Crimo’s home following a call from a family member who said he was threatening “to kill everyone” there, according to Christopher Covelli, a spokesman for the Lake County Major Crime Task Force.

Police confiscated 16 knives, a dagger and a sword, but said there was no sign he had any guns at the time, in September 2019. Earlier, in April 2019, police also responded to a reported suicide attempt by Crimo, Covelli said.


Does that mean Crimo bought the gun legally?

yes He legally purchased the Smith and Wesson M&P 15 semi-automatic rifle in Illinois within the past year.

Illinois state police, who issue gun owners’ licenses, said in a statement that the then-19-year-old Crimo applied for a license in December 2019. Applicants under 21 require a parent or legal guardian to sponsor the application. His father sponsored his.

Sponsors must sign an affidavit that says the sponsor “shall be liable for any damages resulting from the minor applicant’s use of firearms or firearm ammunition.” The affidavit includes no specifics on liability if the sponsor’s child uses a gun to commit a crime. It’s also not clear if that liability extends beyond when the child turns 21, as Crimo did a year before the shooting.

State Police Director Brendan Kelly reporters Wednesday that the father faces potential civil liability, and there is told an ongoing investigation into criminal culpability. He said the matter would ultimately be decided in court.

A Crimo family attorney, Steve Greenberg, told the Chicago Tribune that the father was not aware of the threats when he helped his son with the application because his son lived with another relative at the time.

Asked if the suspect’s parents might face any charges as a consequence of what their son did, Greenberg told The Associated Press that “there is zero chance they will be charged with anything criminal.” He added: “They didn’t do anything wrong.”


Did Highland Park police pass information about the threats to state police?

They did. State police confirmed that they got a warning from Highland Park police months before Crimo applied for his license. It’s not clear if the state agency went through Highland Park’s report before granting the license.

A statement from state police said only that “there was insufficient basis to establish a clear and present danger” to deny the application.

Under Illinois law, if Crimo had a felony conviction or had been committed for major mental health problems, he likely would not have gotten the license. He had no such record.


Is the law invoked often?

It appears to be used infrequently, though related records are sometimes sealed so it’s difficult to get a full picture. Illinois legislation in 2021 included provisions to increase awareness of the state’s red-flag laws and how to use them.

The Illinois Criminal Justice Information Authority cites tracking done by one advocacy group, Speak for Safety Illinois, that reports 34 firearm restraining orders were filed in 2019 and 19 in 2020. Most were granted.

One suburban Chicago county, DuPage County, accounted for 12 of the filings in each year, it said. And no other county, including Lake County, which includes Highland Park, filed more than two in those years.

The vast majority of filings were by law enforcement, with family members accounting for just five filings in 2019.


Who can request an order and how is a decision made?

A relative, roommate or law enforcement officer may make the request by filing an application with a local circuit court. In some cases, others may seek to initiate the process by contacting the police.

Red-flag laws in some states permit doctors, teachers and colleagues to file requests, while others limit filings solely to law enforcement.

In Illinois, the burden of proving to a judge that someone is a significant threat falls on those who file the request. They can draw on multiple sources, including witness statements about violent behavior, drug abuse, police records or any threatening social media posts and emails.

If a judge side with the petitioner, the court issues a firearm restraining order, which allows law enforcement to immediately seize any guns from the person deemed a threat and bars them from purchasing guns and ammunition.

If they have one, they must also turn in their firearm owner’s identification card.


What happens after an order is issued?

An emergency order can be issued the same day and remains in effect for up to 14 days. The judge can rule on it without the presence of the subject of the request.

If the emergency order is issued, it is followed by a full hearing after which a judge will decide if a longer, six-month order is warranted. The standard of proof is higher at such a hearing. Subjects of a hearing can argue before a judge why an order isn’t called for.

If the six-month order is issued, it cannot be easily extended. If the person who filed the initial request believes the subject of the order still poses a danger, another hearing with the same levels of proof must be held again.

According to the Illinois Criminal Justice Information Authority, there’s clear evidence that firearm restraining orders help prevent some suicides. It’s less clear that they prevent deadly acts of gun violence, like mass shootings. The agency says the causes of such attacks are often too complex to draw clear links.

Interactive: Fatal mass shootings in the US