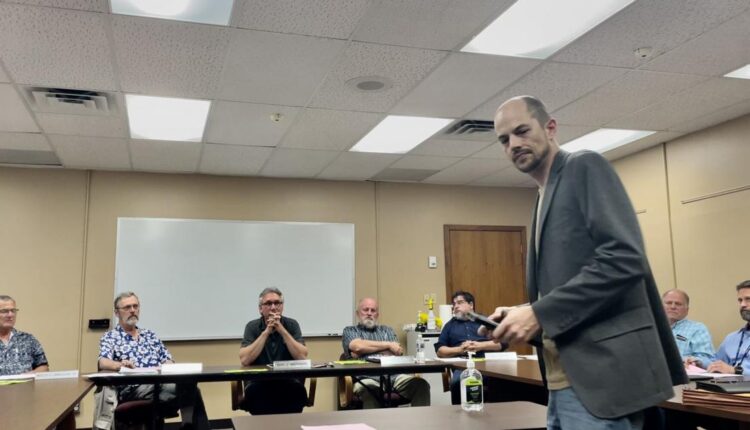 The committee voted in favor of the resolution sponsored by Ald. David Mau and co-sponsored by Alds. Rocco LaMacchia and Holly Kangas. The matter is now headed to the full City Council.

The resolution would allow for signage to be placed at multiple locations throughout the city where people have asked motorists for money and other items such as cigarettes.

The message, according to the resolution, would be “Give Smart, Say No To Panhandling, Be Part Of The Solution By Contributing To Local Charities,” or some variation of that.

Municipalities do not have the power to ban panhandling because federal courts have ruled the practice is protected by the First Amendment.

The resolution, however, states “it is desirable to encourage donations to be made to community groups such as social service agencies and charitable organizations rather than to individuals.”

Mau said other area municipalities have adopted a similar approach.

“What I noticed is a lot of other cities all around the county including Wisconsin and Illinois have signs that just say give safe, it’s OK to say no to panhandling and give to charity instead,” Mau said. “I thought that was an interesting idea to propose. Businesses that I’ve talked to love the idea. All the aldermen that I’ve spoken to love the idea.”

“I think it’s going to help a lot of businesses with panhandling,” she told the committee.

According to the resolution it is: “safer for the persons seeking alms to seek assistance from community groups such as social service agencies and charitable organizations than standing in the elements of the weather seeking alms, or being assaulted by a person misinterpreting the intent of the encounter.”

The resolution states it is also safer “for the public not to be distracted while operating a vehicle by persons actively trying to seek their attention for the purpose of alms giving.”

According to city officials, each sign would cost about $250. No specific charity would be highlighted by the signage, according to Mau. This is Mau’s first proposal since being elected in April.

Currently only panhandlers who are intoxicated, in the streets or threatening to others can be removed by law enforcement officials.