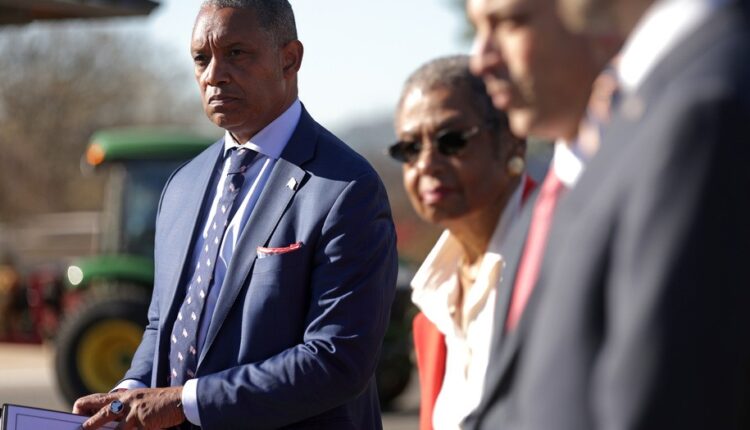 ProPublica and The Texas Tribune report that DC Attorney General Karl Racine said migrants interviewed by his office’s investigators “have talked persuasively about being misled, with talk about promised services.” The outlets said Racine didn’t go into any details, but on the surface, it’s strikingly similar to the sort of false promises made by recruiters under DeSantis’ stunt.

Migrants sent to Massachusetts have discussed “Perla,” now known as former military veteran Perla Huerta, making promises about housing, jobs, and other aid. Perla also recruited other unwitting migrants to help her in her scheme, leaving cash payment for one in an envelope behind the dumpster of a BBQ joint. Not shady at all.

“Various state and federal laws could apply to transporting immigrants across state lines,” ProPublica and The Texas Tribune said. “Racine’s office could look into whether anyone committed fraud by falsely promising jobs or services, whether there were civil rights violations or whether officials misused taxpayers’ money.”

Nativist birds of a feather flock together, because the Treasury Department watchdog has previously announced probes into both political stunts. Lawmakers from Texas and Massachusetts had raised alarms about the Republicans misusing federal pandemic money to fund their shenanigans. Should the watchdog find they did in fact misuse this cash, they’ll need to pay it back.

In a statement to ProPublica and The Texas Tribune, an Abbott spokesperson claimed that migrants “signed a voluntary consent waiver available in multiple languages ​​upon boarding that they agreed on the destination.” Oh, anybody can sign a form, but does that mean they actually understood it? We also know that Abbott has lied to Texans’ faces about this policy, claiming during his recent gubernatorial debate that New York City Mayor Eric Adams “never called my office, never talked to anybody in my administration” about the busing of migrants.

Friends, that was proven to be a lie after a staffer from Adams’ office tweeted screenshots showing otherwise. Abbott has in fact lied about this numerous times, making a similar claim last month that Adams’ office had not been in contact with him at all. Why should anyone believe one fucking word coming out of his or DeSantis’ mouth?

“Elected as a Democrat, Racine criticized the Republican governors for using ‘people as props. That’s what they’ve done with the immigrants,’” ProPublica and The Texas Tribune. That, you can absolutely believe.

Greg Abbott’s stunt of busing asylum-seekers from Texas to DC has cost $1.6 million and counting