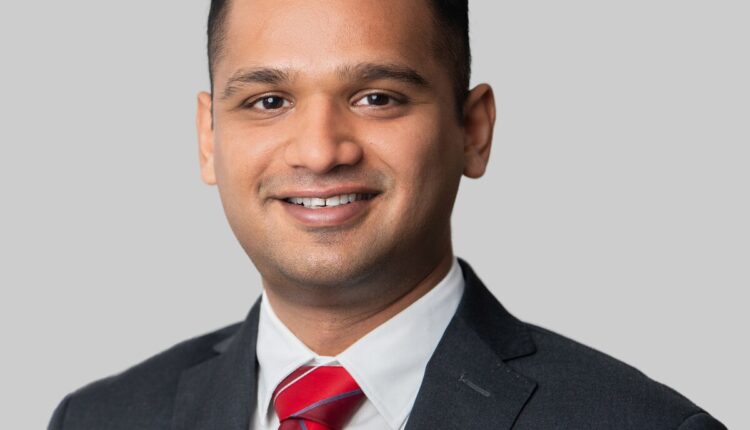 The District’s deputy attorney general will be the next executive director of DC Legal Aid, becoming the first person of color and the first openly LGBTQ person to permanently take the helm of the city’s largest general legal services organization.

Vikram Swaruup, 34, is the second-highest-ranking official in the office of DC Attorney General Karl A. Racine, whose term ends in January. He will become DC Legal Aid’s first new executive director in a decade, succeeding former executive director Eric Angel, who resigned in March.

“Legal Aid is one of the most important institutions working to make sure all District residents are treated fairly in our legal system,” Swaruup said in a statement. “I’m honored to be joining a top-notch team that is on the front lines of fighting for District residents.”

His appointment concludes a nearly year-long search for a new leader at DC Legal Aid. Formed in 1932, the organization offers pro bono legal services and assistance to low-income district residents in areas such as housing, immigration, public benefits and consumer law. Legal Aid has also coordinated with the attorney general’s office on consumer protection and tenant matters — issues that have also been central focuses in Racine’s office during his eight-year tenure.

Swaruup, who is gay, immigrated with his family to the United States from India as a child and held several roles in Racine’s office before he was named chief deputy attorney general last December, including as his senior counsel. As second-in-command, Swaruup was responsible for many of the office’s day-to-day operations.

He was the office’s first attorney to prosecute cases under the city’s Human Rights Act, according to the attorney general’s office, and in 2020 he led a lawsuit against the federal government, in coordination with DC Legal Aid, to challenge a federal government effort that would have cut Supplemental Nutrition Assistance Program (SNAP) benefits for hundreds of thousands of people — including an estimated 20,000 DC residents.

“Vikram is a rising star and tireless advocate for making the District of Columbia a fairer and more just city,” Racine (D) said in a statement, adding that Swaruup “has dedicated his career to using the law to serve vulnerable people. The Office of Attorney General’s loss is Legal Aid’s gain.”

Legal Aid has served an estimated 6,000 clients in the last five years. Jennifer Mezey, Rachel Rintelmann and Stephanie Troyer, legal directors with the organization, have served as interim co-executive directors during the search and will return to their roles when Swaruup starts next year.

Joan McKown, president of Legal Aid’s board of trustees, praised Swaruup in a statement, noting that his work in Racine’s office “helped him develop a keen understanding of the strengths of members of Legal Aid’s community as well as the challenges they face.”

Before joining Racine’s office, Swaruup was an appeal attorney in the US Department of Justice’s Civil Rights Division; he also clerked for judges in the US Court of Appeals for the 9th Circuit and the US District Court for the Northern District of California. He earned his law degree at the University of California at Berkeley School of Law.