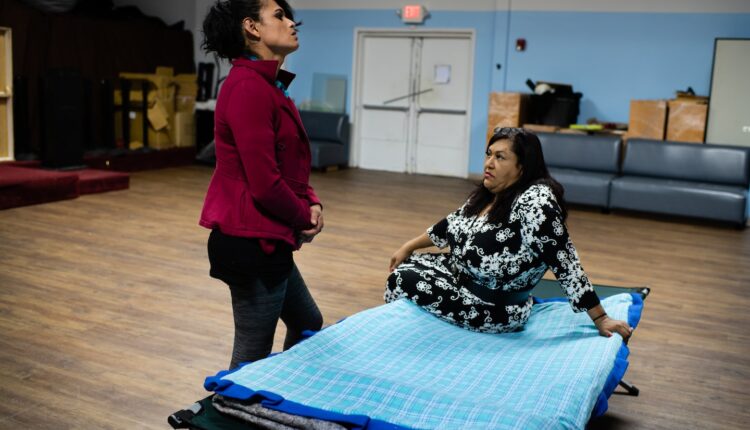 Casa Ruby, the troubled nonprofit that served homeless LGBTQ youth and shut down earlier this year, has more than $2 million in unpaid claims and should be resolved, a court-appointed receiver said this week.

Other than an assortment of donated furniture, the LGBTQ nonprofit has “no meaningful assets,” the Wanda Alston Foundation wrote in court documents filed Tuesday, and cannot cover the bills former landlords and creditors say the organization owes.

Dayson gave Crenshaw and the foundation one month to file a preliminary report. Tuesday’s seven-page document, which was first reported on by the Blade, satisfies that requirement.

Since 2016, Casa Ruby has received $9.6 million in grants from city agencies to serve the needs of the Latino and LGBTQ+ youth communities in DC

Dayson granted the attorney general’s request last month to temporarily freeze Casa Ruby’s bank accounts. The ruling followed a Washington Post report that raised questions about possible financial mismanagement at the organization. Racine’s office had asked the court to issue a temporary restraining order to prevent Casa Ruby’s founder and former executive director, Ruby Corado, from making further withdrawals from group’s accounts. Corado stepped down as executive director last fall. In recent months, she had been living in El Salvador, where she opened a night club.

In Tuesday’s filings, Crenshaw said the foundation had contacted Racine’s office to advise it of potential criminal conduct the foundation had uncovered, and she made arrangements to turn over items with “significant potential evidentiary value.” But, in the interest of protecting a criminal investigation, Crenshaw did not specify what she found or agreed to turn over. A spokesman for the attorney general’s office did not immediately return requests for comment.

As part of the assessment, Wanda Alston took custody of two properties Casa Ruby leases in Dupont Circle. In her report, Crenshaw said both spaces were in disarray. She found months’ worth of client mail and confidential documents strewn around, including some with “highly sensitive personally identifiable information” regarding former clients. Those include applications for government benefits, as well as immigration documents.

Huge wall lockers still held clients’ possessions, but the space appeared to be abandoned and ransacked. Several file cabinets had been cleaned out, Crenshaw reported, and some computers that hold “critical information about Casa Ruby’s business dealings” had been removed.

The landlords of both properties told Crenshaw they had not received rent payments since 2020.

Crenshaw attempted to contact banks and other financial institutions contracted with Casa Ruby, but some, including M & T Bank, have yet to turn over their records. Crenshaw did uncover bills and unpaid statements from various creditors, though, and found unpaid claims totaling more than $2 million. Those include unpaid rent and utilities, unpaid taxes, notes for two vehicles, and various parking and moving violation fines.

Crenshaw also found at least five claims for breach of contract, but she said in court documents that she needs more time to assess those.

Casa Ruby shuts down the rest of its operations, and workers go unpaid

Corado attended the virtual trial last month when Dayson appointed the receiver, but lawyers for the Wanda Alston Foundation said in court filings that when they emailed Corado as part of the assessment, she did not respond. At the August hearing, Corado alleged that Casa Ruby’s workers had gone unpaid because the city government owes her $500,000.

Crenshaw said she wants to try to minimize harm to Casa Ruby’s clients and employees by going through and distributing the left-behind mail and possessions. In her report, Crenshaw asked the court to allow her to work with local LGBTQ organizations to find the intended recipients. Volunteers have spent the past three weeks helping to secure and move the documents left behind, and local business leaders have offered storage space and moving equipment.

The landlords will regain control of their properties next week. Although Crenshaw said the property at 1635 Connecticut Ave. should be completely vacated by then, she asked the court to grant a 30-day eviction relief while the foundation goes through documents at the 2033 Connecticut Ave. location.

Next, the receiver wants to “conduct a more extensive dialogue with the LGBTQ+ community to determine how to address the larger issues created by Casa Ruby’s collapse.”

Neither Crenshaw nor Corado could immediately be reached for contact. The judge called all parties in the case, including Corado, to appear in court Sept. 29 for a status hearing.