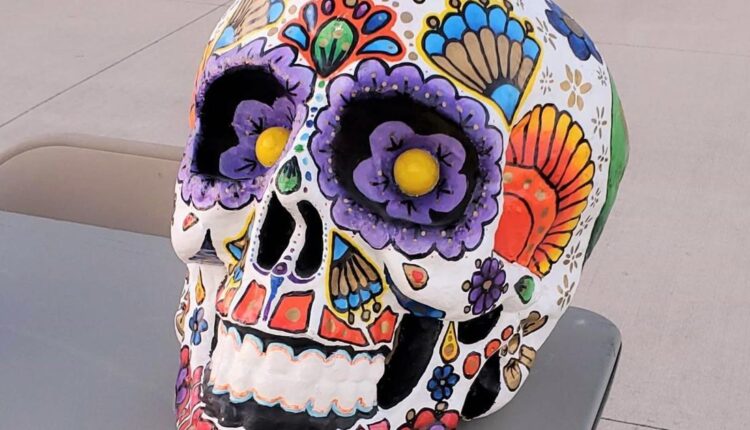 Following a popular inaugural event in Downtown Kenosha last September, this year’s event will be an expanded version of the one-day festival that attracted a great deal of attention in 2021, said Kenosha Creative Space Executive Director Francisco Loyola.

“Last year’s event showed us there is a large audience ready and excited to celebrate Hispanic culture in Kenosha,” Loyola said. “We are excited to come back with an even bigger and better event that will offer something for everyone in our community.”

The event will run from noon to 10 pm Saturday and noon to 8 pm Sunday.

There will be a jam-packed schedule of live musical entertainers and DJs, and a host of food and drink vendors available to attendees throughout the event.

Karla Arzate, owner of Lomeli Butcher Shop, said she and her business are proud to support the festival.

“I think it is important not to forget our culture and to teach the new generations where we come from and how beautiful our roots are — to teach non-Hispanics what we bring from our countries such as our delicious food, music and our folkloric dances ,” Arzate said. “We can show at this festival how much we have left behind in our countries, coming to a strange country to work and give a better life to our families. We want to show our community how much we can do when we come together.”

Hispanics, from the area known today as Mexico, explored North America a century before the British founded Jamestown in the early 1600s. In the picture, Spanish reenactment soldiers at Castillo de San Marcos check a cannon in St. Augustine, Fla.


West Texas and beyond

Explorer Diego de Vargas, in the late 1600s, led an expedition to the Guadalupe Mountains (Sierra de Guadalupe, pictured), in what is now West Texas and southeastern New Mexico, becoming the first non-Native American visitor to the area.

A group of Spaniards, Afro-Latinos, indigenous people and mestizos setting out from colonial-era Mexico traveled into California and founded the city of Los Angeles, which, at about 5 million, has the country’s largest current Hispanic population.

In 1910, the Mexican Revolution sent scores of Mexicans north, many settling in the American Southwest. In the picture, a Mexico City parade honors the start of the Revolution of 1910 against Porfirio Diaz.

The United States extended both citizenship and, shortly after, military conscription to Puerto Rico in 1917, as World War I raged in Europe.

In 1928, Octaviano Larrazolo of New Mexico became the first Hispanic elected to the US Senate. As a politician, he pushed to boost Hispanic representation so that the political system would reflect the state’s population. He also helped write portions of the state’s constitution guaranteeing that people of Mexican descent wouldn’t be disfranchised.

While most people think Sonia Sotomayor was the first Hispanic justice on the Supreme Court, there is evidence that another came first. In 1932, Benjamin Nathan Cardozo replaced Oliver Wendell Holmes on the high court. His family was from the Iberian Peninsula.

In 1945, years before Brown v. Board of Education, Hispanics in Orange County, Calif., won an appeals court case that made separate Mexican schools unconstitutional.

In 1950, Jose Ferrer was the first Hispanic to win the Oscar for best actor for his role in “Cyrano de Bergerac.”

In 1954, the Supreme Court ruled Hispanics have equal protection under the 14th Amendment, providing a legal avenue to fight discrimination.

In the years after the Cuban Revolution in 1959, led by Fidel Castro, more than one million Cubans left the island, with many settling in Miami, a city they transformed. Subsequent waves of Cubans migrated to the United States in the 1980s, with the Mariel boatlift, and the 1990s, after the fall of the Soviet Union upended the island’s economy.

In 1965, Hispanic farmworker unions joined in a strike, and later a boycott of grapes in the Delano area of ​​California to protest poor working conditions. The five-year campaign ultimately succeeded in forcing the grape producers to sign union contracts.

This victory helped secure the place of the United Farm Workers of America and its leader, Cesar Chavez, as a key player in the Hispanic civil rights movement.

Hispanic Heritage Month was proclaimed by President Lyndon Johnson in 1968 and begins each year on Sept. 15, the anniversary of independence of five Latin American countries: Costa Rica, El Salvador, Guatemala, Honduras and Nicaragua. Mexico, Chile and Belize also celebrate their independence days during this period. Pictured is Then-Department of Housing and Urban Development Secretary Julian Castro attending a reception for Hispanic Heritage Month in the East Room of the White House in 2016.

A champion of black and Hispanic rights who began his career before the end of segregation, Roberto Clemente was the first Hispanic in professional baseball to reach 3,000 hits. He played in two World Series, winning MVP in 1971.

“My greatest satisfaction comes from helping to erase the old opinion about Latin Americans and blacks,” Clemente said. He died in a plane crash in 1972 while delivering supplies to Nicaragua after an earthquake.

In 1986, Congress approved the Immigration Reform and Control Act, legalizing some undocumented workers and setting guidelines for hiring practices.

In 1998, guitar master Carlos Santana was the first Hispanic inducted into the Rock & Roll Hall of Fame.

In 2006, the first Day Without Immigrants protest, rallying against proposed new immigration laws, was held.