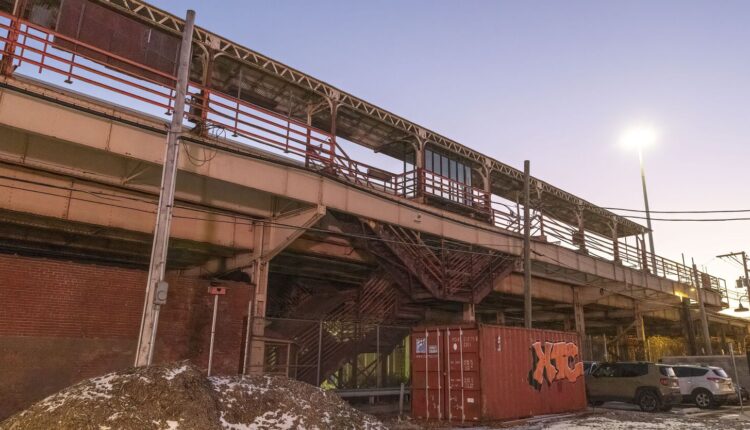 Evangeline Fraise grew up two blocks away from the CTA’s Racine Green Line station in Englewood. She remembers the stop meaning “everything” to her and her neighbors.

At the station, a concession stand offered snacks, comic books all sorts of items. A record store was nearby, as were grocers where she could buy milk and bread on the way home. The Racine station supported a “hub of Black businesses,” she said.

“While it was open, it actually contributed to the economy,” Fraise said. “It kind of held the neighborhood up.”

But in January 1994, the Green Line was shut down for an extensive rebuild. Two years later, other stations reopened, but the Racine stop did not.

After years of talks with city and federal officials, Englewood organizers are circulating a petition, hoping to put a referendum on the ballot for the Feb. 28 election, asking residents if they want the station reopened. Organizers want to collect at least 1,600 signatures before the petition is due on Monday.

Though the referendum wouldn’t force the CTA to do anything, residents hope an overwhelming show of support puts pressure on the city.

The 63rd and Racine Green Line Station located at 6314-16 South Racine Avenue in the Englewood neighborhood, has been closed to riders since 1994.

In announcing back in 1994 that the Racine stop would remain closed, CTA officials said they couldn’t afford to keep their promise to reopen every station. Rickey Hendon, then a state senator, called the decision “a slap in the face” and racist, because “stations in the white communities are remaining open.”

In a statement to the Sun-Times on Wednesday, CTA officials cited declining ridership at Racine as a factor.

When Fraise moved back to her childhood home about 20 years ago, she began circulating a petition to reopen her beloved station. Although residents supported her, the effort had no impact.

“It’s a lack of investment, and that’s why a lot of people moved out,” Fraise said. “The convenience of being able to have a walkable neighborhood is everything.”

An agreement between the CTA and the Illinois Historic Preservation Agency blocked the station from being demolished and determined the station was eligible for listing on the National Register of Historic Places, though it was never actually placed there.

For now, though, the station at 63rd Street and Racine Avenue sits abandoned, leaving an eight-block gap between Halsted and Ashland/63rd, the last two stations on that leg of the Green Line. The Green Line Station at Racine Avenue and 63rd Street, in the Englewood neighborhood, has been closed to riders since 1994. The CTA says reopening the station would cost about $100 million, because “the existing rail stationhouse has historic elements that would require extensive rehabilitation and/or historic preservation efforts.”

Fraise, now 62, hopes the referendum is more successful than her first petition drive.

Butler said a call with CTA and city officials netted no real statements of support. CTA leaders, Butler said, were open to the idea but had no money for it in the current budget.

“It was more so, ‘OK, we will consider that,’ and also, ‘Where’s the funding gonna come from?'” Butler said. “I wouldn’t say that we felt like they’re for sure backing us up. I think that’s what’s making us do the petition and the referendum.”

In its statement, the CTA said the Racine station could not be reopened as is. Extensive updates would be required, including a new platform, stairs and elevator — all complicated by the need to preserve the historic building. In all, it would cost about $100 million, money the CTA said it does not have. But, the agency added, it is “discussing options with the community as part of their overall plans for revitalization of that area.”

The mayor’s office and the Chicago Department of Planning and Development did not immediately respond to requests for comment. The area around the long-closed CTA Green Line station at Racine Avenue and 63rd Street once busted with businesses. Some hope reopening the stop would help revive the neighborhood.

Butler hopes referendum results will give the grassroots organizations advocating for the reopening “more ammunition” to push the city to help advocate for federal funds.

According to Butler, they were told by federal officials that $60 million in federal funds could be earmarked for the reopening, but CTA, state and city leaders needed to be in agreement.

To move the reopening forward, the city would need to collaborate with the grassroots organizations to lobby for federal funding.

But the effort is worth it, Butler said. A reopened stop would bring much-needed businesses to the 63rd Street corridor and make it easier for residents to commute to downtown and elsewhere.

“You know, a lot of communities get their L stops reopened,” Fraise said. “They spend millions rehabbing other L stations, and yet ours was ignored until now. It’s heartbreaking to me, because a lot of people that wanted to see this happen have aged out or died or moved on.”

Mariah Rush is a staff reporter at the Chicago Sun-Times via Report for America, a not-for-profit journalism program that aims to bolster the paper’s coverage of communities on the South and West sides. 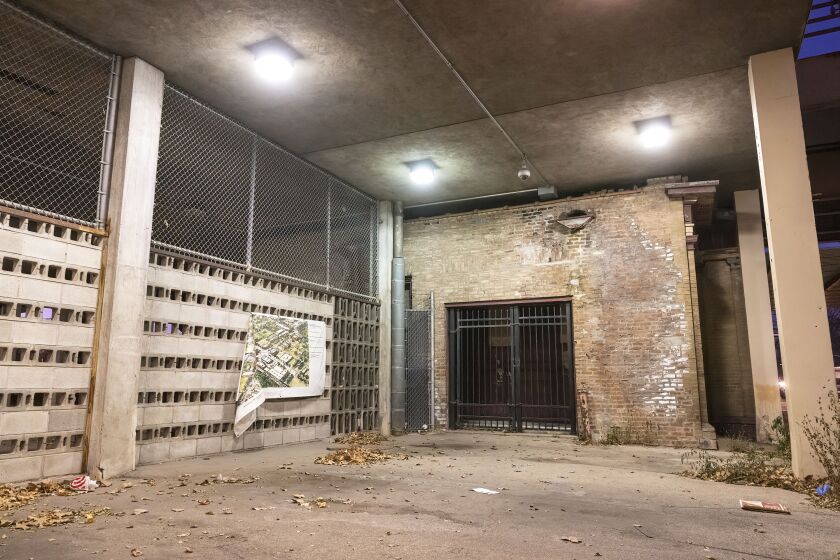 The Racine stop on the Green Line in Englewood, closed in 1994, “cannot simply be ‘re-opened’ in its current state,” the CTA said in a statement to the Sun-Times, because “it does not meet modern ADA and building code requirements, and is missing operational infrastructure such as fare equipment, digital information screens, security cameras, modern communications equipment and other needed items.”

`Cocoa and Coffee with Kerkman’ kicks off at Kemper Center Dec. 10