Disturbed returning to Milwaukee for HOG Fest after playing Summerfest 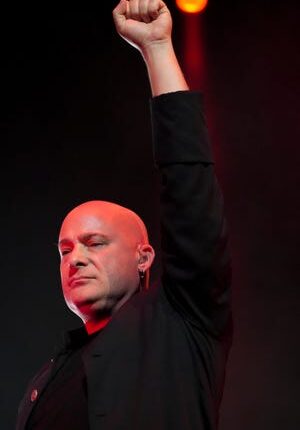 After co-headlining Summerfest’s American Family Insurance Amphitheater this year — where they played a passionate show for a mostly empty venue — hard rockers Disturbed have made return trip plans to Milwaukee.

This time, the band will be headlining Hog Fest 2023, put on by local hard rock station WHQG-FM (102.9) for a second consecutive year at Fiserv Forum, on May 4.

Unlike at Summerfest, Disturbed will have new music to perform behind, with eighth studio album “Divisive” coming out Friday.

Also on the Hog Fest bill are Falling in Reverse, Beartooth and Dorothy.

Tickets go on sale at 10 am Friday at the box office (1111 N. Phillips Ave.) and through Ticketmaster and the Fiserv Forum website. Prices have yet to be announced.

The Hog Fest news joins a wave of new 2023 concert announcements for Milwaukee Monday, including shows with Pink at American Family Field, Lizzo (also at Fiserv Forum), Trevor Noah at the Riverside Theater and Imagine Dragons with AJR for Summerfest’s closing night.

Mike McCarthy ‘frustrated’ with penalties, but not fourth-down decision in OT loss to Packers