Edge rusher could be No. 1 off-season need 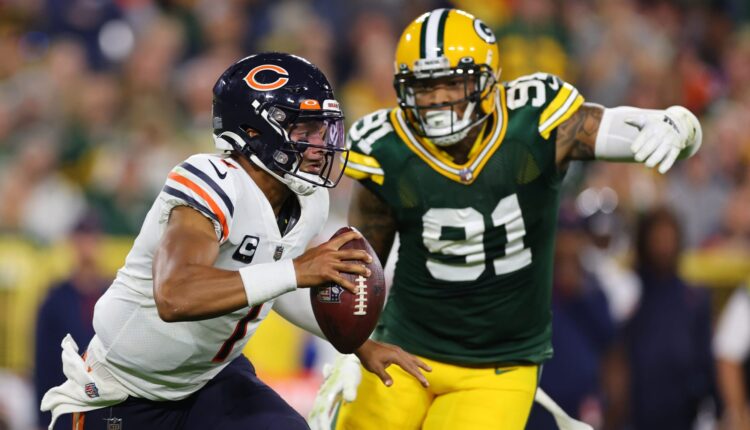 It was surprising the Green Bay Packers didn’t use an early draft pick on an edge rusher a year ago. They need to fix that in 2023.

Strengthening the pass rush could sit at the top of the offseason to-do list for the Packers.

They have talent to build around.

Rashan Gary is one of the best pass rushers in the NFL when healthy, although it’s not a guarantee he’ll be ready in Week 1 next season after suffering a torn ACL.

Smith is a good starter. He made 8.5 sacks and 20 quarterback hits this season. There’s no reason why the Packers shouldn’t bring him back in 2023.

Enagbare showed potential in his rookie year, making three sacks and eight quarterback hits, but the Packers will hope he can take the next step in his second season.

The defense only made 34 sacks, their lowest total since 2011. It also ranked fifth-worst in the NFL this season.

Gary only played nine games but still finished second on the team in sacks.

The Packers should consider searching for a long-term starter in the early rounds of the draft. A player who can begin as a backup and learn from Gary and Smith, and eventually start next to Gary.

Of course, Gary could miss the start of the season, so a rookie could be needed to start early in the year.

Green Bay has talent to build around.

Gary is a superstar and will return in 2023. Smith is a reliable starter. Possible has shown potential. Kenny Clark is a dominant interior pass rusher.

But the Packers need to strengthen their edge rusher depth while also finding their long-term replacement for Smith.

Rushing the passer is crucial to making a playoff run. It’s an area the Packers must strengthen in the offseason.