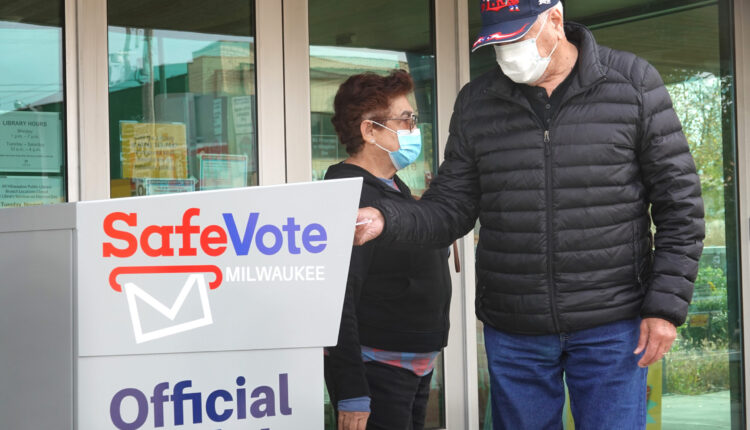 In a meeting on Tuesday, the Wisconsin Elections Commission (WEC) was unable to reach a consensus on what it should tell clerks about the state Supreme Court’s recent decision banning the use of absentee ballot drop boxes.

The commission deadlocked in a series of 3-3 votes over what, if any, guidance it should send to the 1,850 municipal clerks responsible for administering the state’s elections about the court’s decision. The three Republicans on the body were advocating for giving the clerks some sort of guidance while the three Democrats opposed giving guidance that they thought wouldn’t give any clarity.

“I don’t think that we do the public any justice or the institution here by avoiding issues,” Commission Chair Don Millis said. “If we were talking about elections that were run by 72 county clerks, not by 1,850 local clerks, town, village and city clerks, and corporations that have full time corporation counsel who can examine Supreme Court decisions and can look at the Help America Vote Act and can look at the requirements to provide assistance to people with disabilities. We don’t have that. And so clerks look to the commission and it seems to me we’re abrogating our role if we don’t provide guidance.”

Republican Commissioner Robert Spindell first pushed for a series of statements from the commission that clerks should require voters to show an ID when returning an absentee ballot to their local clerks; that voters must place their absentee ballots in the mail on their own and that clerks are required to follow federal law stating voters must be given assistance if they need it.

The Democrats on the commission were strongly opposed to Spindell’s suggestion that voters be required to show an ID when returning an absentee ballot, wondering how Spindell was interpreting the court’s decision to allow for an additional voter ID requirement outside of what’s already in the state statutes.

“The reason it’s illegal is we’ve had extensive litigation on voter ID,” Commissioner Ann Jacobs said of Spindell’s proposed requirement. “And there is no — we have no authority to order people to show ID or to add qualifications to voting that don’t exist in law or in statute. None. We can’t just make things up and tell people we think they should do it. We don’t have the authority to do this. I frankly am of the opinion clerks don’t have the authority to demand ID when someone turns in a ballot that is not an available option in our statute. It’s not an available option in the decision. And I don’t think we should be ordering people to do things that are not subject to the law.”

The Democrats also opposed Spindell’s suggestion that clerks be told voters must put their ballots into a mailbox on their own. State law says electors must return their own ballots — though advocates for people with disabilities have argued that disallowing people from getting help returning a ballot violates the federal Americans with Disabilities Act. Aside from the issues with federal law, the Democrats were confused how it would be helpful to tell clerks something they can’t enforce.

“We’re issuing guidance to clerks. How in the world does the clerk have any control over who put that envelope in a mailbox?” Commissioner Julie Glancey said. “They cannot, there is no way for them to know that. So what would be the point of us giving a clerk guidance to say it had to be the voter who put it in the mailbox. Are they dusting for prints when they get it or what?”

The commission also deadlocked on the guidance over restating federal law to the clerks and another motion to send draft guidance written by the WEC staff.

“I understand that clerks need all the help they can get and I would love to give them nice, concrete guidance as to what they should do,” Glancey said. “But quite frankly, even we aren’t sure what the Supreme Court really said, right? They were silent on some issues, they kind of hedged on others when they’re not going to decide that yet. I mean, there’s very little concrete in there, even when it relates to drop boxes. And there’s certainly nothing in their decision that specifically gives you details on what’s allowed or not allowed for a person with a disability.”

“And for us to provide guidance, we’re going to be right back into court where we were to begin with because we’re making decisions and making guidance over something that may or may not be exactly what the court intended,” Glancey continued. “I’m really reluctant to do that at this point. And I — I feel for the clerks, because I think they need help, but I think the courts have put us in a position where we really can’t do it.”

Madison Woman Finds Her Mission as an Advocate for Victims