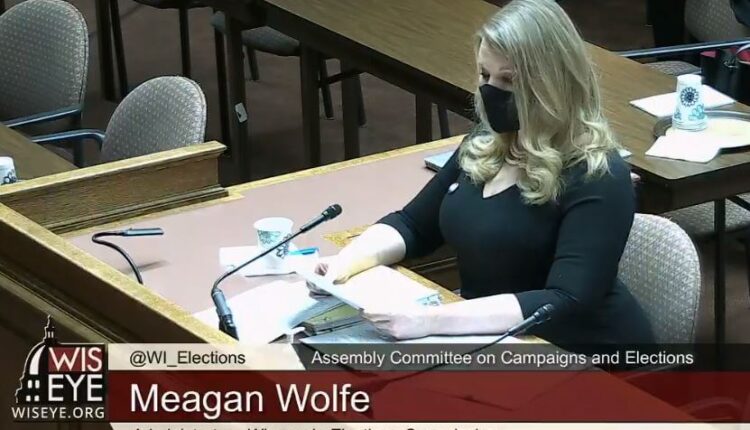 The Wisconsin Elections Commission (WEC) voted unanimously on Wednesday to include in its next biennial budget request the creation of a new inspector general office within the agency to respond to increasing demand for information from Wisconsin voters.

The office, which would include an inspector general and nine other new staff members, would be responsible for helping the WEC respond to formal election complaints, open records requests and inquiries from state legislators — all of which have increased greatly since the 2020 election.

“To put it plainly, the election landscape since the commission was established in 2016 is nearly unrecognizable,” said WEC Administrator Meagan Wolfe. “The profile, prominence and importance of Wisconsin’s election administration has changed drastically, and public engagement and scrutiny of election administration is higher than at any other point in the Commission’s seven-year history.”

Wolfe added that the mission of the inspector general office would not be to keep looking backwards, but to meet the needs of Wisconsin voters and make sure that accurate information about the state’s election administration is being dispersed.

“The WEC must adapt to meet the growing needs of our citizenry,” Wolfe said. “Funding the elections inspector general program would be one clear and decisive step towards creating a more effective, efficient agency that will better address citizen concerns and requests and thus increase public confidence in our elections for the long term.”

“This office would not be about dwelling in the past or giving credence to claims that threaten the credibility of Wisconsin’s accurate and secure elections,” she continued. “Instead, the Office of the Inspector General will serve all the people of Wisconsin regardless of political party, or what kind of grievance they may have. This is an effort to fulfill our obligations and build trust by answering every question we get about our elections in an efficient manner. Doing so will go a long way in preventing the spread of false information about elections by putting forth as much accurate information as possible from our own election experts. False election information spreads like wildfire, continuing to answer the public’s questions in a timely manner and providing them with information about how our election systems really work can help tamp down those fires.”

Since the 2020 election, Wisconsin’s election administration and the WEC specifically have come under fire as targets of right-wing conspiracies that the election was stolen. Audits, reviews, investigations, lawsuits and recounts have repeatedly affirmed that President Joe Biden won the election, but conspiracy theories and false allegations of fraud have continued to spread.

Those conspiracies have led to a massive increase in requests of the agency, which takes staff members away from other duties. The WEC, according to agency data, has seen the number of open records requests it receives jump from two per month in 2016 to 16 per month in 2022. Similarly, the agency has seen the amount of formal election complaints it receives jump from about 15 per year before 2020 to 50 per year after 2020. Wolfe added that in 2022, the commission is on track to receive 100 formal complaints — which require a large amount of staff time and a commission vote on their adjudication. She also said that requests for information from legislators have greatly increased in number and scope.

“What we are proposing will ensure our staff can continue to meet the rising public need for information which will build confidence in our election system amongst all Wisconsinites,” Wolfe said.

Democratic Commissioner Mark Thomsen said that the work of the WEC has gotten more intense even for the commissioners, so he understands the staff’s need for help responding to the new landscape.

“I have no doubt that the agency is understaffed and the staff has been overwhelmed particularly in the last two years, like never before,” Thomsen said. I mean, the fact that when we started and we were initially recruited, people said that we’re going to be four to six commission meetings a year and in 2020 we had, I don’t know, 35, 36. All I know is that we spent more time than anyone elected to the Assembly or the Senate at actual work on behalf of taxpayers.”

The creation of the office was supported by all three Republican commissioners and especially forcefully by commission chair Don Millis, who was recently appointed by Assembly Speaker Robin Vos.

The commissioners voted to request the creation of the new office even as Republican officials elsewhere in Wisconsin state government have grown increasingly hostile to the WEC. A number of state legislators and the Republican candidates for both governor and secretary of state have advocated for getting rid of the agency and moving election administration responsibilities to the secretary of state’s office.

The WEC’s budget request will now be sent to the governor’s office where the creation of the inspector general office may or may not be included in the budget request made by either Gov. Tony Evers or Republican gubernatorial candidate Tim Michels to the Legislature next year.