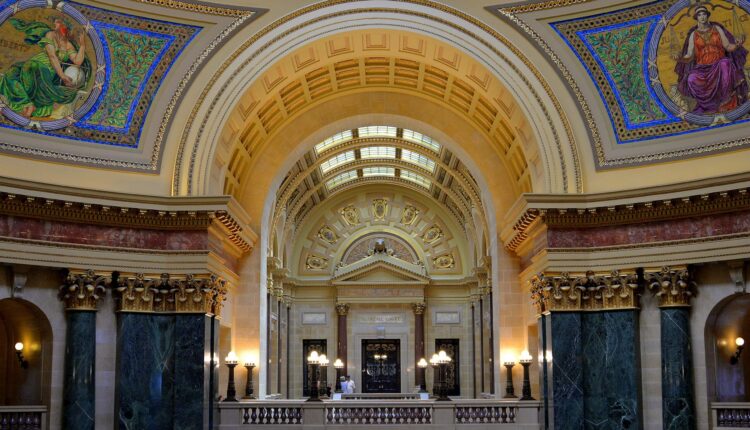 Just weeks after the 2022 midterm elections, Wisconsin is already moving on to this spring’s state supreme court race in which the ideological tilt of the court is up for grabs.

Justice Patience Roggensack is retiring at the end of her term, leaving an open seat on the body that conservatives currently control with a 4-3 majority. The current makeup of the court, with conservative Justice Brian Hagedorn serving as a crucial swing vote, has led to more 4-3 decisions than any supreme court term in 70 years.

The conservative majority on the court has upheld a law that effectively ended collective bargaining power for public workers, approved Republican-drawn legislative maps that tilt the state Legislature heavily toward the Republican party and overturned Gov. Tony Evers’ COVID-19 stay-at-home order. The court has also allowed the previous administration’s appointees to remain in their seats well past the expiration of their terms, allowing the Legislature to effectively block Evers’ appointments, and disallowed a number of methods meant to make voting more accessible.

The issues at stake in the April 4 election include abortion rights, democracy and public safety.

“I think that much like in 2022, reproductive freedom and the basic tenets of democracy which goes from fair maps to voting rights will be extraordinarily motivating issues for Wisconsinites that don’t want to see their rights trampled,” says Ben Wikler, chair of the Democratic Party of Wisconsin.

Mel Barnes, an attorney for voting rights law firm Law Forward, says she thinks there’s a strong case that the state constitution protects voting rights in a way that makes the partisan gerrymander illegal, but such a case has never been tried in Wisconsin courts.

“I think it’s important to start with the most central fact, a state law partisan gerrymandering claim has never been litigated here in Wisconsin,” she says. “The state constitution we have here in Wisconsin is robust and it protects a whole range of freedoms the people in Wisconsin are entitled to and I believe that includes the right to have their votes fairly translated into a voice in government and our state constitution does guard against excessive gerrymandering.”

So far, three candidates have announced they’re running while a fourth is reported to be considering jumping in the race.

On the liberal side, Dane County Judge Everett Mitchell and Milwaukee County Judge Janet Protasiewicz are already in the race. On the conservative side, former Justice Dan Kelly has announced while Wisconsin Right Now has reported that Waukesha County Judge Jennifer Dorow is considering a run.

Protasiewicz has a massive early fundraising advantage in a race that is likely to be hugely expensive. The 2020 Supreme Court race, in which Justice Jill Karofsky ousted Kelly, cost a record breaking $10 million. Through June, which was the last campaign finance reporting deadline, Protasiewicz had raised more than $168,000.

Protasiewicz has also racked up more than 800 endorsements, including one from liberal Justice Rebecca Dallet.

Mitchell, a Dane County juvenile court judge, raised $24,417 through June and has garnered a number of endorsements from Madison area officials, including the Dane County sheriff, executive and the Madison police chief.

Kelly, who lost in 2020 by 11 points to Karofsky, had not raised any money through June, campaign finance records show, but he still has about $19,000 remaining from that previous run.

Kelly was appointed to the court in 2016 by former Republican Gov. Scott Walker. His 2020 loss occurred when the supreme court race and the Democratic presidential primary were on the same ballot, though President Joe Biden had largely locked up the nomination by then. In the first race, Kelly had been endorsed by President Donald Trump. This time, he’s been endorsed by conservative Justice Rebecca Bradley.

Dorow has not announced she’s running, but gained a lot of attention around the state as she presided over the trial of Darrell Brooks for driving through the Waukesha holiday parade last year.

But despite the attention on Dorow and calls from some parts of the Republican party for her to enter the race, others are lining up behind Kelly.

“Now is not the time to take a chance with an untested candidate,” Bradley tweeted when announcing she was supporting Kelly.

A spokesperson for the Republican Party of Wisconsin did not respond to a request for comment about the race.

Wikler says the stakes are incredibly high for the future of Wisconsin. “The supreme court race in April of 2023 is one of the most significant elections in the decade in the state of Wisconsin,” he says. “It will shape the election in 2024, the state of democracy and every person who lives here. Under the Republican majority the court has been acting like the third chamber of the Republican state Legislature.”

“This might be the most high profile race in the country in the spring of 2023, we’ll have important mayor’s races in Madison, Kenosha, Racine, Green Bay, there will be school board races and school referendums,” he continues. “But the race will determine the majority of our state’s highest court and determine if a majority vote can elect a majority Legislature for decades to come, the supreme court race is electoral ground zero in 2023.”