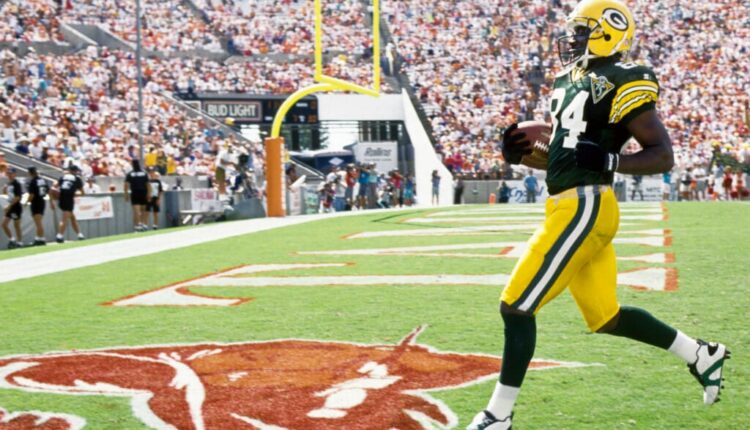 One of the biggest wrongs in Football Hall of Fame voting was finally set right this past year. Green Bay Packers great LeRoy Butler, a four-time All-Pro and the first player ever with 20 career interceptions AND 20 career sacks, was finally elected to the Pro Football Hall of Fame. It took nearly two decades, but Butler is finally where he belongs. Now that the most obvious former Packers player who was snubbed for the Hall of Fame is going in, it is time to turn attention to the next one: Sterling Sharpe.

Sterling Sharpe was a productive wide receiver even without Brett Favre

Sterling Sharpe was drafted by the Green Bay Packers with the seventh overall pick in the 1988 NFL Draft. Even before Hall of Fame quarterback Brett Favre was acquired via trade, Sharpe established himself as one of the premier wide receivers in the NFL.

In his rookie season, Sharpe was an immediate starter and hauled in 55 receptions for 791 yards and a single touchdown. It would be, by far, the least productive season of his career.

The very next year, the 1989 season, Sharpe was named a First-Team All-Pro and named to his first Pro Bowl. He led the entire NFL with 90 receptions while amassing 1,423 yards and 12 touchdowns. Sharpe made the Pro Bowl again in 1990 with 67 receptions for 1,105 yards and six touchdowns.

1991 could be considered a “down” year on Sharpe’s resume, as he had “just” receiving 961 yards on 69 receptions and four touchdowns. The next season, though, one of the best quarterbacks in NFL (let alone Packers) history was brought to Green Bay. 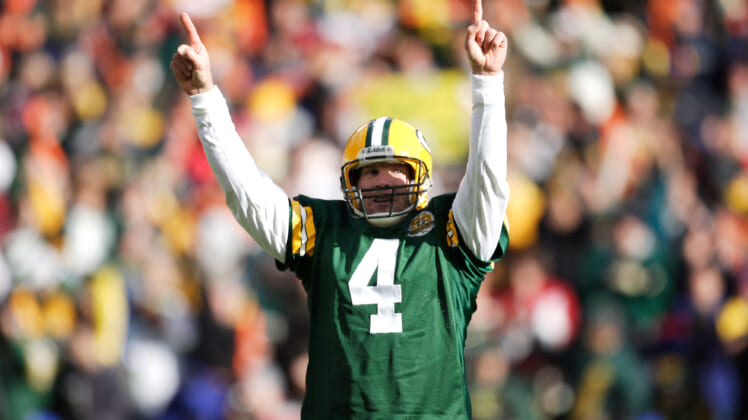 The addition of Brett Favre not only sparked life into the Green Bay Packers as a whole, but also into Sterling Sharpe himself. As noted previously, he was already a one-time All-Pro and two-time Pro Bowler by the time Favre arrived. However, his performance on the field with Favre not only matched his contemporary Jerry Rice, but oftentimes exceeded him.

In Sharpe’s first season with Favre as his quarterback, he dominated in the NFL in every single receiving category. That season, Sharpe led the NFL in receptions (108), receiving yards (1,461), receiving touchdowns (13), and receiving yards per game (91.3). He was named as a First Team All-Pro for the second time and to his third Pro Bowl. Additionally, he finished fourth in NFL MVP voting and Offensive Player of the Year voting.

The next season, Sharpe again led the NFL with 112 receptions. He also added 1,274 receiving yards and 11 touchdowns. Additionally, Sharpe was named a First Team All-Pro and went to the Pro Bowl. For the second-straight season, he garnered MVP and Offensive Player of the Year votes. Sharpe finished eighth in MVP voting and fifth in Offensive Player of the Year voting.

1994 would prove to be Sterling Sharpe’s last season in the NFL. Unfortunately, he suffered a career-ending neck injury at the end of the season that would not allow him to continue as a professional football player. In his final season with the Packers, Sharpe led the NFL with 18 touchdown receptions, a Packers’ franchise record that was matched by Davante Adams in 2020. He also added 94 receptions for 1,119 yards and was named to the Pro Bowl.

In seven seasons, Sterling Sharpe had 595 receptions for 8,134 yards and 65 touchdowns. He was named to the Pro Bowl five times and was a First Team All-Pro three times. Additionally, Sharpe never missed a single game in his entire seven-year career. In Green Bay Packers’ all-time history, Sharpe ranks third in receiving yards, third in receptions, and fourth in touchdowns.

While Sterling Sharpe’s career was too short for instant consideration to the Hall of Fame, one player’s presence in Canton sets a precedent that should allow for Sharpe’s induction. That player is former Denver Broncos running back Terrell Davis.

Like Sharpe, Terrell Davis had a short seven-year career. During this brief time, he was one of the best running backs in the NFL, winning the MVP Award in 1998. Now, that MVP Award may be what sets him above Sharpe in the minds of many voters. However, the similarities in how the two dominated their positions for a brief time cannot be ignored.

One of the biggest believers in Sterling Sharpe’s legitimate case for the Hall of Fame is his brother, Shannon Sharpe. In his own Hall of Fame speech in 2015, Shannon praised his older brother as his hero, role model, and the better of the two in terms of football talent. This is something that he has made a point to repeat every chance that he gets.