Experts: Gas prices will hit $5 this summer (and could go much higher) | WFRV Local 5 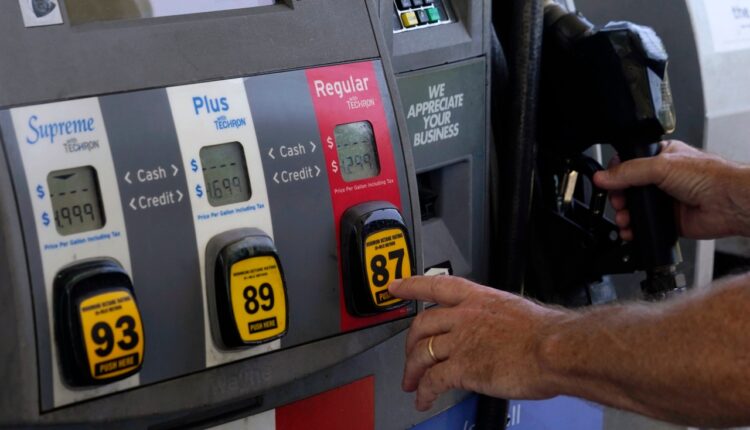 GREEN BAY, Wis. (WFRV) — If you were hoping for some relief at the pump anytime soon, think again.

“They better start making you pre-pay for gas, that’s about all I can tell you,” one woman told Local 5 on Friday.

Prices at one station Local 5 visited on Friday had regular unleaded for $4.69 a gallon. Premium was selling for $5.59. Experts say get ready for those prices to even higher.

“People are still driving and that’s with gas prices well over $4 and approaching $5. That’s what’s eating away inventories,” said Patrick De Haan, an analyst for GasBuddy.com.

“We could see some explosion in the price if we see a refinery issue or a major hurricane. I think that’s gonna take it to $6 a gallon,” De Haan added.

It is also a reality hitting pocketbooks hard of everyone Local 5 talked to.

“I drive from (Green Bay) to Denmark every day,” one man said, joking he practically lived at the gas station.

Another woman said it has already tapped into other bills, but said transportation is a priority.

“This is a problem that’s going to take time to solve,” De Haan said.

The whole thing comes down to a battle of supply and demand.

“Demand is up, supply is down,” De Haan explained. “We are very far apart. And there’s not much that’s going to improve that, except unless maybe we see an economic recession. That could (potentially) bring demand down.”

Prices will also start to dip when people finally say enough is enough.

He added COVID-19 and the Russia invasion of Ukraine have also hurt the amount of oil available, meaning there is not an easy “overnight fix” to bring gas prices down once again.

You can find the latest gas prices in your area by visiting GasBuddy.com.

After 2 Cyclists Killed, Protected Bike Lanes Coming To Stretch Of Milwaukee Avenue On Northwest Side