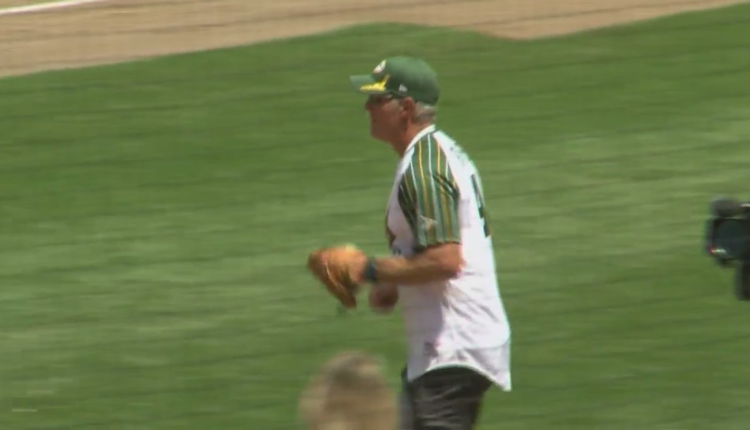 GRAND CHUTE, Wis. (WFRV)-Love for the Green Bay Packers knows no season here in Northeast Wisconsin and the large crowd at the Donald Driver Charity Softball Game on Saturday was a good reminder of that.

The event raised money for the Donald Driver Foundation which helps underprivileged families and children. The event pitted former Green Bay Packer players against current ones in a slow-pitch softball game. Among those who participated were Donald Driver, Antonio Freeman, Brett Favre, AJ Dillon, and Aaron Jones.

The current players beat the former ones 5-4 in a seven-inning softball game. Many fans that Local Five News spoke with said they were excited to see Brett Favre participate in the event again. He hosted the event from 1999 until 2007 before Donald Driver took over.

Nothing to honk at: Fake coyotes ward off geese in Madison parks | Science & Environment