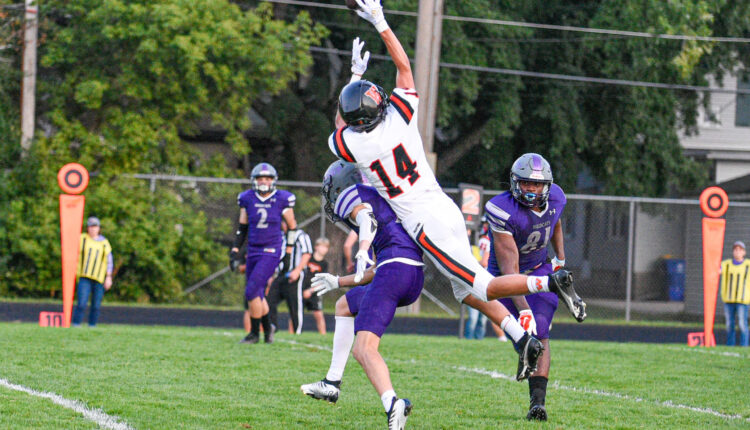 By Greg Bates
Sports Editor
Bay Port, West De Pere and Notre Dame Academy all took on Green Bay schools and earned lopsided victories. Every game this past week was played on Sept. 2.

The Pirates led 41-0 at halftime before being able to pull their starters.

Jackson Gegare led the way with six carries for 86 yards and a touchdown. Blake Buchinger ran eight times for 70 yards and a score. Bensen kept the ball nine times for 49 yards and two touchdowns,
Bensen was 3-for-4 through the air for 98 yards. He connected with Carter Kallies for touchdowns of 44 and 43 yards.

Bay Port, which is 3-0 and ranked No. 4 in Division 1 in the latest WisSports.net Coaches Poll, got a defensive touchdown as Hunter Atkielski took a fumble and rumbled 44 yards into the end zone.

Bay Port will now host Pulaski on Sept. 9 for a huge Fox River Classic Conference-North showdown. The winner of that game will be in the driver’s seat for the conference title.

West De Pere 77, Green Bay West 0
Najeh Mitchell had a career game for West De Pere with five touchdown runs — and that was just in the opening quarter.

The senior running back ran all over Green Bay West as West De Pere scored a resounding 77-0 road victory.

Green Bay West (0-3) was led by Jalen Brown with six carries for 36 yards.

Quarterback Joe Otradovec converted 3 of 4 passes in the game — all touchdowns — for 71 yards.

He hit tight end James Flanigan twice for scores, 52 and 8 yards, respectively. Max Augustine had the other touchdown catch from 11 yards out.

Augustine also added a 35-yard punt return for a touchdown in the first quarter.

Ian Blom had a pair of first-half touchdown runs for 4 and 1 yards. Christian Collins added two rushing scores and led the Tritons with 38 yards on the ground.

35 Wrightstown, 8 Seymour
Wrightstown scored all its points in the opening half and cruised past host Seymour, 35-8.

Cayden Staffeldt got the start at quarterback for the Thunder and was 8-for-20 passing for 109 yards, one touchdown and two interceptions. The freshman also had eight carries for 25 yards.

Staffeldt hit Ethan Volz for a 21-yard touchdown in the fourth quarter.

The United — which is an 8-Player co-op for NEW Lutheran and Oneida Nation — had just 22 yards of total offense. Reid Nelson threw for 17 yards on two completions.

Lena/St. Thomas Aquinas rushed for 264 yards as a team.

The United (0-2) were down just 14-0 at halftime before Lena/St. Thomas Aquinas had a big second half.