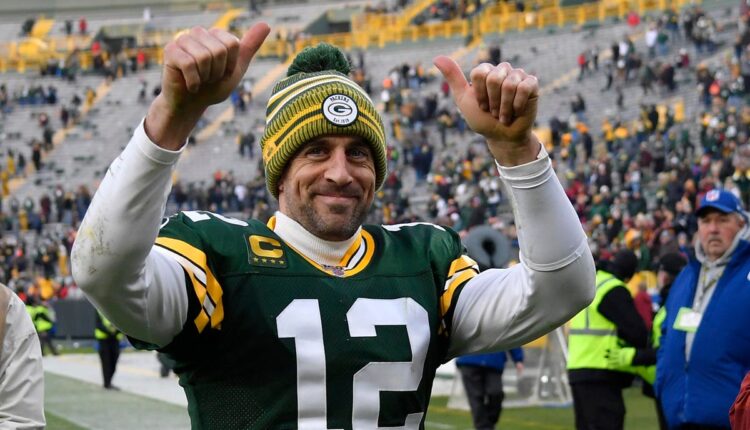 Aaron Rodgers and the Green Bay Packers open their Sunday 2022 season in Minnesota.

The battle scars are visible throughout the locker room.

The memories are never far behind.

The 15-1 season that went up in smoke against Eli Manning and the New York Giants in 2011. Four heartbreaking NFC Championship Game defeats since 2014 alone.

Back to back setbacks to Colin Kaepernick’s San Francisco 49ers in 2012 and 2013, and an overtime loss to Arizona in 2015. Finally, another gut punch by the 49ers — this time with journeyman Jimmy Garoppolo under center — in 2021.

The Green Bay Packers have been to the playoffs nine times since winning the 2010 Super Bowl — an impressive number that any team would likely jump at. The postseason results have yielded several lifetimes of heartbreak, though.

Three times Green Bay had the NFC’s No. 1 seed and homefield advantage throughout the playoffs. Each time they wasted the golden opportunity for greatness.

The Packers reached the conference title game four times in the last eight years, only to fall short of another Super Bowl appearance. They lost playoff overtime games in both 2014 and 2015, and they were ousted on the final play in both 2013 and 2021.

At least that’s what the 2022 Packers are hoping.

Aaron Rodgers is coming off back-to-back MVP seasons. The defense looks nasty. And the NFC isn’t nearly as strong as the AFC.

Green Bay kicks off its new season Sunday with a trip to Minnesota. And while it’s cliché, the Packers have one consistent theme: Super Bowl or bust.

“I truly believe that getting to the NFC Championship and all that, that’s not enough,” said defensive lineman Kenny Clark, who’s starting his seventh season in Green Bay. “Like, since I’ve been here it’s all been about Titletown and championships and the tradition and all that kind of stuff.

“So just getting to the NFC Championship, getting to the divisional game, that’s never enough. It’s not enough. What coach is talking about and accomplishing our goals, we haven’t accomplished that goal yet. So we definitely got to kick that door down.”

Safety Darnell Savage and outside linebacker Rashan Gary both came to Green Bay in the 2019 draft. Since then, the Packers have gone 39-10 during the regular season, but lost a pair of NFC Championship Games and were ousted in the divisional playoffs last year.

Both men — like the rest of their teammates — are driven by the brutal playoff losses.

“They hurt. Absolutely. It hurts,” Gary said of losing in the playoffs. “I’d be lying to you if I said it didn’t stay with me, because I feel like every season, now going into my fourth year, it’s been playoffs, playoffs, almost there to the Super Bowl. So me as a player, it challenges me.

“I’ve got to go back and go into my lab and come back here the best Rashan Gary that I can be so we can get to where we want to be. It puts a chip on your shoulder, man. If anybody in here tells you different, it’s a lie man. We want to get to the playoffs and we want a Super Bowl. And that’s everybody’s mindset.”

“Just the guys that we have in this room, we’re competitors,” Savage said. “So our mindset is to be the best. And I don’t care how many wins we have, we’re not going to be satisfied until that end goal of winning a Super Bowl.”

There’s no question the door is wide open for these Packers.

The NFC North — a division the Packers have won by five games each of the last two seasons — remains weak. The rest of the conference took some hits, as well.

Russell Wilson, one of the NFL’s elite quarterbacks, was traded out of the conference. Tom Brady retired, unretired, then missed a chunk of training camp for unspecified reasons raising many questions in Tampa Bay. And Mike McCarthy, who led Dallas to last year’s NFC East title, probably sits on the hottest seat in the league.

While the defending Super Bowl champion Rams still look outstanding, no team has won back to back titles since the 2003-04 New England Patriots.

San Francisco, the team that knocked Green Bay out of the postseason in January, remains stacked. But they’ll be trotting out a first-time quarterback in Trey Lance.

Perhaps these Packers are finally poised to break through in the postseason.

“All throughout camp and OTA’s I’ve been talking about the standard man,” Gary said. “When you become a Green Bay Packer, man, you’ve got to understand that comes with us and that means becoming a champion. So everybody in this locker room has a championship mindset and pushes each other every day to be a champion. And we’re going to get to where we need to be.”

The Packers have plenty of reason for hope.

Rodgers, who turns 39 later this season, continues to play like a man 10 years younger. He remains in terrific shape, his arm is still sublime and his accuracy is outstanding.

What Rodgers must do is perform better in the postseason. Since winning the MVP of the 45th Super Bowl, Rodgers has been dreadful in the playoffs.

By subjective count, Rodgers had below average performances in at least seven of Green Bay’s nine playoff losses since 2010. He must find a way to play like an MVP in the postseason, not just the regular season.

To protect themselves against another Rodgers flameout in the playoffs, Green Bay loaded up its defense. There are now Pro Bowl players at every level and an expectation that this unit should be dominant.

“I think our defense, at least on paper, is as good as it’s ever been,” seventh-year defensive end Dean Lowry said. “Paper doesn’t mean anything, though, and we’ve got to go out and prove it for 17 weeks and then go and do it in the playoffs.”

The Packers finally acted as if special teams matter and paid top dollar for a proven coordinator. And with Pro Bowl wideout Davante Adams now in Las Vegas, Green Bay figures to lean more heavily on one of the NFL’s best running back duos in Aaron Jones and AJ Dillon.

Make no mistake, Rodgers remains the most important player — and perhaps even person — in the organization. But the 2022 Packers are better positioned to win if their MVP signal caller has another playoff dud.

“I think priority no. 1 for everybody is winning the Super Bowl,” said eighth-year safety Adrian Amos. “But what I’ve learned over the years is one game at a time and make sure you get to that point. You have to be great to get that point. Then once you’re at that point, be great again. We’ve got to find a way to be great in those big games.”

Unfortunately for Green Bay, that hasn’t been the case.

“Yeah, it feels a lot different,” head coach Matt LaFleur said of his 2022 team. “I think every year’s a new year and certainly there’s a lot of new faces and a lot of new coaches and new roles, responsibilities. So yeah, it absolutely feels different.”

Now, Green Bay’s goal is to make sure things are different in January and February.

New Weapons to Ukraine, as Europe and the US are preparing for a long-term conflict