Former Green Bay Packer Clay Matthews lobbies for job reviewing calls: ‘I’d like to be employed by the NFL’ 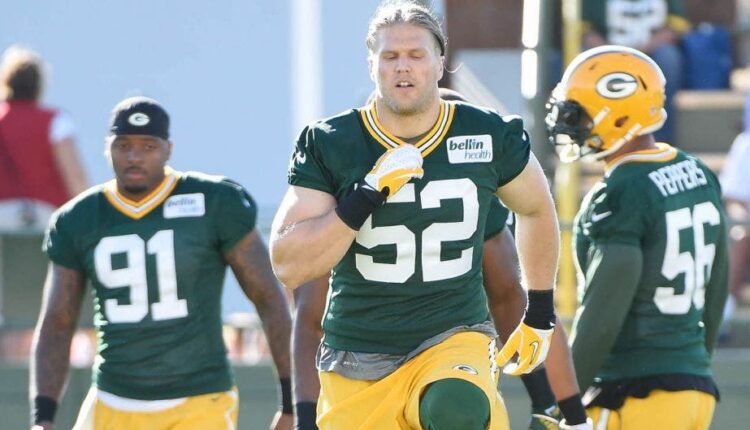 NFL referees have been criticized for how they’ve handled roughing-the-passer calls throughout the 2022 season, and Thursday night’s game between the 49ers and the Seahawks only added to the controversy.

In the third quarter of the game, defensive end Nick Bosa pressured Seattle quarterback Geno Smith, who threw what appeared to be an interception.

But Bosa was flagged for roughing the passer, which overturned the interception. The defensive lineman tackled Smith as Smith passed.

In a matter of minutes, San Francisco went from celebrating a defensive touchdown off an interception to trying to understand why a referee threw a flag on the play.

The call was a crucial point in what ended up being a one-score game.

The application of the roughing-the-passer penalty has been widely debated all season. Troy Vincent, the NFL’s executive vice president of football operations, recently said the league would consider reviewing roughing calls at some point in the future. 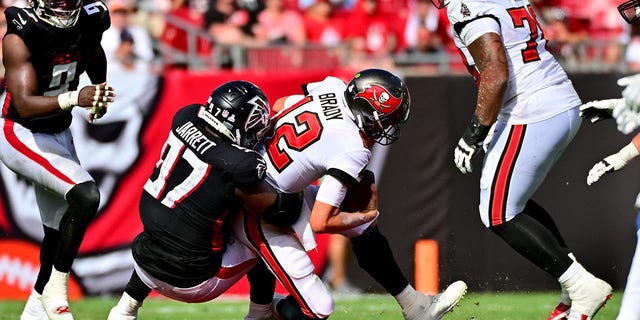 Grady Jarrett (97) of the Atlanta Falcons sacks Tom Brady (12) of the Tampa Bay Buccaneers during the fourth quarter of a game at Raymond James Stadium Oct. 9, 2022, in Tampa, Fla.
(Julio Aguilar/Getty Images)

Matthews offered his services to the NFL to review roughing calls.

“I’d like to be employed by the NFL as the replay official for all roughing the passer penalties. Put me in NY. I wouldn’t get a call wrong!” Matthews wrote on Twitter.

The prospect of reviewing roughing-the-passer penalties was discussed at an NFL owners’ meeting this week.

Matthews has plenty of experience tackling quarterbacks. He played with the Green Bay Packers and Los Angeles Rams during his 11-year NFL career. The six-time Pro-Bowler recorded 91½ sacks and 130 tackles for loss. 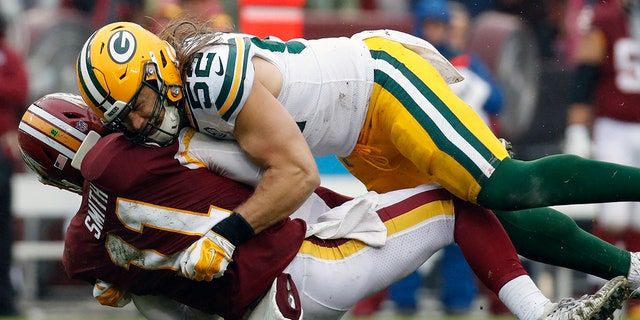 Vincent has said roughing the passer calls are down 62% from last season.

As of Week 14, there have been 76 roughing-the-passer penalties this season.

Any potential changes to the roughing rule would have to be voted on at the owners meeting in March.

Chantz Martin is a sports writer for Fox News Digital.