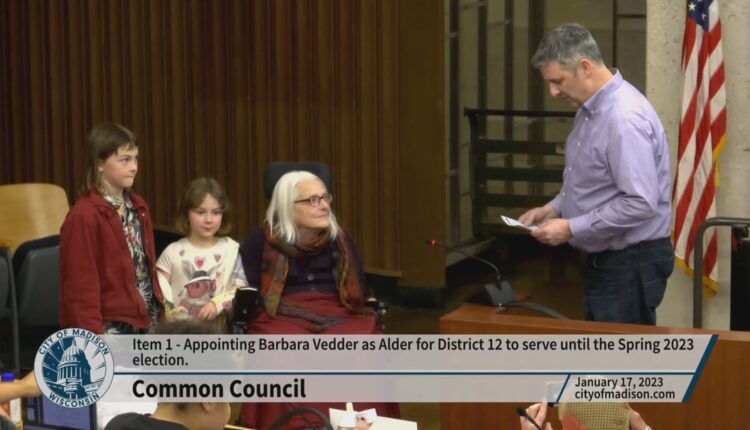 Vedder will represent District 12, which encompasses parts of the city’s north and near east sides near the Dane County Regional Airport, until the spring election. She is a former alder and former supervisor on the Dane County Board.

Abbas, who was first elected to the council in 2019, announced his resignation in late November, citing a desire to spend more time with his family. He had previously announced he would not seek another term on the council.

After receiving four applications to fill Abbas’ seat, the council decided against appointing any of those candidates to the role since three intended to run for a full term in April.

The council decided they did not want to give anyone an incumbent advantage and instead asked former alders or county board members to apply for the short-term vacancy.