Girl, 14, killed, when Jeep crashes into CTA bus stop at 79th and Racine 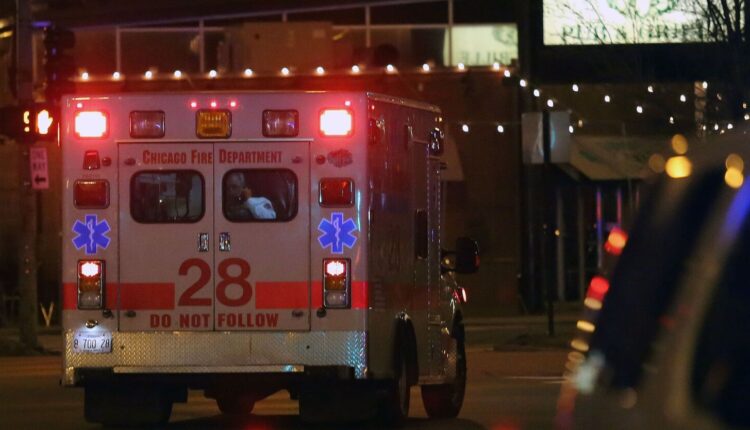 A 14-year-old girl was killed and three others were wounded when two vehicles collided and one of them crashed into a bus stop Friday night in Gresham.

Around 6:45 pm, a 33-year-old man was driving a gold Mercedes at the 7900 block of South Racine Avenue when he failed to stop at a red light, Chicago police said.

His vehicle crashed into a black Jeep, which then struck a woman and a 14-year-old girl standing at a nearby CTA bus stop, police said.

The girl was rushed to Comer Children’s Hospital, where she was pronounced dead, police said.

Both the woman who had been at the bus stop, and the driver who caused the accident, were taken to the University of Chicago Medical Center. Both were listed in serious condition, police said,

The driver of the Jeep, a 42-year-old man, was taken to St. Bernard Hospital, where he was listed in fair condition.